The State Service of Geology and Subsoil of Ukraine held repeated auctions for the sale of special permits for the use of subsoil, during which the largest copper deposit in the country, located in the Volyn region, was sold for the third time. 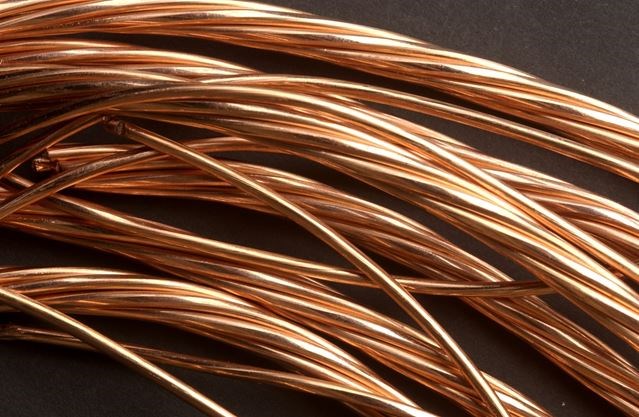 A plot of copper ores of the "Zalesy-Shmenky ore field", with an area of ​​2336.7 hectares, located in Volyn, was sold during an online auction for 122,222,222 hryvnia. During the auction, the selling price of the lot increased 2,871 times compared to the starting price. On previous auctions 81 million hryvnias were offered for the deposit, which were never paid by the winner to the account of the State Service of Geology and Mineral Resources of Ukraine, the organizer of the auction.

The object is provided for use for the purpose of geological study and experimental-industrial development of subsoil for a period of 5 years. Seven companies, including foreign ones, took part in the race for the right to obtain a subsoil plot for use. The victory was won by Global Analytica LLC, offering the highest price per lot.

“We are witnessing the third auction for the sale of this subsoil plot. The number of participants in each subsequent auction is constantly growing, among them the first foreign companies have appeared. Price offers are also increasing, - comments the chairman of Derzhgeonadr Roman Opimakh - We hope that this time the winner will not refuse to pay the difference between the selling price of the lot and the guarantee fee, as it happened earlier. Otherwise, it would be advisable to amend the procedure for holding auctions for the sale of special permits for the use of subsoil. ”

Финансовая аналитика, прогнозы цен на сталь, железную руду, уголь и другие сырьевые товары. More news and analytics on Metallurgprom telegram channel - subscribe to get up-to-date market information and price forecasts faster than others.
Сomments
Add a comment
Сomments (0)
On this topic
A plot with deposits of 100 thousand tons of copper in the Volyn region was sold for $ 3 million
The largest copper deposit in Ukraine will again try to sell on the Internet auction
A plot with copper deposits in the Volyn region of Ukraine has risen in price at auction 483 times
The first of the gold-bearing areas of Ukraine put up for auction was sold to a citizen of Turkey
Tomorrow Ukraine will sell the rights to the largest titanium ore deposit - Gosgeonedra
The largest titanium deposit in Ukraine went to Dmitry Firtash
Recommended:
Zaporizhstal has reduced the output of metal products by 56% since the beginning of the year
Ukraine may resume coal exports to Poland
thyssenkrupp has successfully completed the sale of the company's mining business
News Analytics
Moody's changed the outlook for the global mining industry to26-09-2022, 19:04
Russia may increase taxation of oil, gas, coal and fertilizers26-09-2022, 15:58
UK steel production hits record low this year26-09-2022, 15:07
Ukrainian court invalidated sale of Ferrexpo Plc shares in 200222-09-2022, 12:45
EU Commission not doing enough to save aluminum industry - associations21-09-2022, 11:07
China production cuts in winter will give limited boost to steel markets -15-09-2022, 10:09
Steel prices may rise as manufacturers stop production11-09-2022, 14:06
IREPAS: The global long products market is in a "dramatic situation"10-09-2022, 20:49
Steel prices are unlikely to rise significantly in the near future - analysts02-09-2022, 22:58
Steel prices may move up on new data from China31-08-2022, 12:19
Sign in with: