In addition, the National Security and Defense Council will check 211 enterprises that have received mining permits "without the relevant regulatory legal acts." In this regard, criminal proceedings have already been opened, and at the next meetings, the members of the NSDC will be informed on this issue. 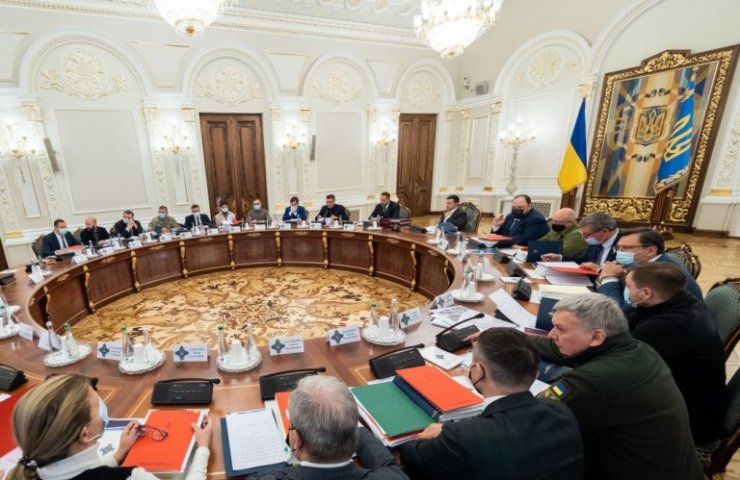 Head of the State Service of Geology and Subsoil of Ukraine Roman Opimakh at a meeting of the National Security and Defense Council reported on the state of affairs in the field of subsoil use and additional measures taken to strengthen supervision in this area. The meeting was chaired by President Volodymyr Zelenskyy.

“Most of the special permits are granted for the extraction of minerals, in particular for the construction of roads and the manufacture of construction materials, as well as the extraction of groundwater. At the same time, geological exploration of the subsoil is carried out in limited volumes, ”noted Roman Opimakh.

The data is still static, it is assumed that they will be automatically and regularly updated. This will make it possible to determine online who manages the Ukrainian subsoil, how effectively they are used, what taxes are received by the state and local communities.

“In 2021, additional checks of 256 special permits are being carried out, which were taken into the focus of the NSDC's attention. Production was recorded at 52 sites, 38 permits were canceled, 35 permits were decided to be canceled in court, 23 were stopped. Inspections of the remaining special permits are planned for the 4th quarter of 2021 and 2022, "Roman Opimakh said.

In 2020, the consolidated budget received UAH 28.9 billion of rent for the use of subsurface resources, 80.5% of which are revenues from hydrocarbon production. Local governments receive 100% of the rent from the extraction of minerals of local importance and up to 30% of the national importance. In 2020, 682 out of 1469 united territorial communities of Ukraine received resource rent, which is 2.9 billion hryvnia.

As noted by NSDC Secretary Alexei Danilov, the council needs to check 211 mining companies and, in particular, how they got their permits and licenses. The SBU and the relevant authorities will investigate how it happened that the specified number of companies without the relevant regulatory legal acts, which were in force for 2018, received special permits for subsoil use, Danilov noted.

According to the State Service of Geology and Subsoil of Ukraine, in 2021, an increase in revenues from the mining industry to the budget of at least 50 billion hryvnia is expected.

Финансовая аналитика, прогнозы цен на сталь, железную руду, уголь и другие сырьевые товары. More news and analytics on Metallurgprom telegram channel - subscribe to get up-to-date market information and price forecasts faster than others.
Сomments
Add a comment
Сomments (0)
On this topic
The State Geological Survey of Ukraine has developed an algorithm of actions in the event of
The President of Ukraine enacted the NSDC decision on the state of affairs in the field of subsoil
Free access to data on special permits for the use of subsoil was opened in Ukraine
Japanese Marubeni Corporation wants to mine scarce metals in Ukraine
In Ukraine, more deposits of metals and minerals have already been put up for sale than in the
The State Service of Geology and Subsoil of Ukraine commented on the sanctions against subsoil users
Recommended:
Daimler Truck began testing Actros tractor on liquid hydrogen
Swedish court authorizes construction of steel mill for the first time in 50 years
The activities of the machine-building holding KONE in Russia will be terminated
News Analytics
The Belarusian steel plant was visited by the Ambassador of Kazakhstan to06-07-2022, 17:44
US steel prices fall to December 2020 levels06-07-2022, 13:40
Interpipe mastered a new type of railway wheels for the EU market06-07-2022, 12:15
Tesla in the second quarter reduced the supply of cars by 18%04-07-2022, 10:24
Steel prices fall due to weakening European demand and problems in China04-07-2022, 10:40
High iron ore shortage could halt metallurgy's green transition28-06-2022, 14:02
Price volatility hits global steel market27-06-2022, 19:28
Recovery in China could be key to rising global steel prices - MEPS24-06-2022, 14:00
Conflict in Ukraine spurs Europe's drive for clean energy03-06-2022, 12:14
US steel market sentiment becomes more price neutral05-05-2022, 10:15
Sign in with: