Despite the 2020 crisis, Jastrzębska Spółka Węglowa will not slow down strategic investments, wishing to switch exclusively to coking coal production within a decade. 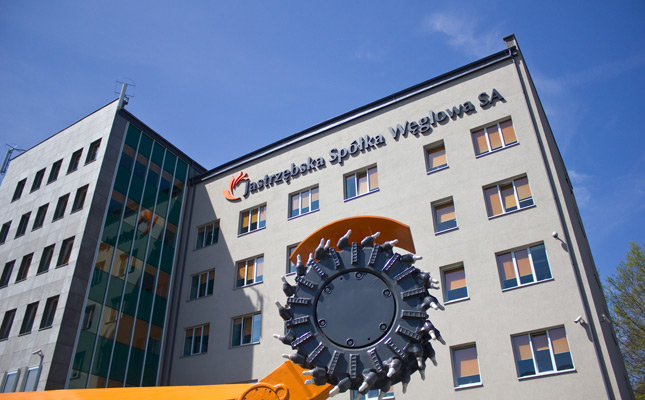 Strategic investments will continue - incl. construction of a new mine, Jastrzembe-Bze, as well as drilling of new workings to ensure the availability of coal and the modernization of plants for mechanical processing of coal. Key investments also include investments aimed at achieving energy independence of JSW - through the use of captured methane and coke oven gas, as well as the construction of a power unit and modernization of the coke oven battery at the coke plant in Radlin.

The head of the JSW recalled that coking coal was again included in the list of strategic raw materials for the EU.

“A big problem for us is the desire to maximize the production of metallurgical coal. We want to achieve this goal within the next decade. We will mainly produce metallurgical coal and coke, which cannot be replaced in steel production, ”said Barbara Piontek.

Last year, coking coal accounted for about 77 percent of JSW's total coal production. “Power-generating coal is a by-product of our activity, and its share in the total production volume will decrease,” the President assured.

“For many years, there was a shortage of metallurgical coal on the EU market, which was satisfied mainly by imports. EU steel mills use 37 million tonnes of coke per year, which requires 53 million tonnes of coking coal. EU's own production is only 17 million tons, including 11.6 million tons comes from Poland, ”explained Piontek. She stressed that the market situation gives JSW a good and long-term perspective for stable operation.

Recommended:
Germany plans to achieve carbon neutral economy by 2045
Cherkasy "Azot" shipped more than 100 tons of medical oxygen to hospitals
One person died in a collapse at a mining and processing plant near Murmansk
On this topic
How can integrated subsoil use objects help the development of raw materials exports in Ukraine?
Worldwide steel market has gone crazy - President of the Polish Stainless Steel Association
DTEK launched a cogeneration unit at its Stepnaya mine
Poland will receive 56 billion euros for the transformation of coal regions
Poles bought first Boeing 737 Max after two deadly plane crashes
In the United States went bankrupt the largest coal company
Add a comment
Сomments (0)
News Analytics
The European Union approved the use of mealworms06-05-2021, 14:40
The mining and metallurgical complex of Ukraine requires more than $ 10 billion06-05-2021, 13:57
Rinat Akhmetov's fortune during the pandemic grew 2.7 times from 2.8 to 7.606-05-2021, 10:21
DTEK Oil & Gas drills a new high-rate well using 3D modeling06-05-2021, 10:13
The growth of foreign exchange earnings from steel exports from Ukraine in four06-05-2021, 10:15
The current state of the market is ideal for the sale of rolled steel - IREPAS04-05-2021, 18:41
Global hydrogen demand to grow 7-fold by 2070 - PwC21-04-2021, 12:31
World Steel Association predicts a good year for metallurgists15-04-2021, 18:19
World Steel Association defines green steel and its variations12-04-2021, 13:14
China unlikely to cut steel capacity in 2021 due to high steel prices07-04-2021, 12:11
Sign in with: