DTEK Energo creates the first digital mine in Ukraine

The company monitors in real time exactly where people are at the production sites, the dispatcher and the engineering staff are promptly notified of situations, emergencies and abnormal cases underground 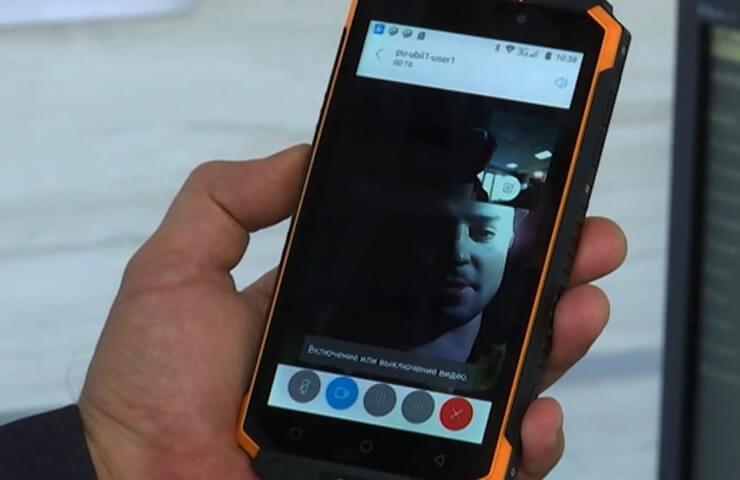 At the Yubileynaya mine (DTEK Energo), digital technologies were used to improve the safety of miners. For this, a new level of automatic gas protection, a degassing control and management system, as well as a unique mine ventilation monitoring system were introduced. This will allow you to carefully monitor the level of concentrations of harmful gases underground, which can lead to an accident, as well as monitor the air flow rate and temperature in mine workings. In addition to improving labor safety, new technologies can reduce equipment downtime and maintain the stable operation of the enterprise.

The first stage of digitalization of the mine was the deployment of a communication infrastructure based on Wi-Fi technology. For this, almost 130 kilometers of cable were laid in the mine workings, 120 communication stations and 400 access points were installed. Wi-Fi infrastructure became the foundation for the next innovative step - the creation of a personnel positioning system. More than 1,700 Bluetooth beacons were installed underground, covering about 80 km of mine workings. And 1,500 helmets of Yubileinaya miners were equipped with smart lamps, which not only illuminate mine workings, but also transmit in real time to the control room on the surface, where a person is located underground with an accuracy of up to 10 meters.

In 2021, the second part of the project was launched, within the framework of which a subsystem of automatic gas protection, control and management of degassing was introduced, as well as a subsystem for monitoring mine ventilation. The task of these subsystems is to ensure the maximum level of safety with the exclusion of the human factor. For this, highly sensitive sensors were installed in the sinking faces and directly in the degassing pipeline, through which gas is removed from the mine to the surface. Information about the gas concentration from the sensors is transmitted over a high-speed network to the mine control room. If the permissible limits are exceeded, an alarm is triggered and the equipment in the mine is automatically turned off immediately.

A number of other important projects have been implemented to digitize the mine at Yubileinaya. To reduce the accident rate of mining equipment and reduce downtime, mobile rounds and repairs are carried out. With the help of special smartphones, miners now transmit photos or videos of technical equipment malfunctions, as well as consult with specialists in real time and quickly exchange information between underground teams.

In addition, the mine carries out online monitoring of coal production. With the help of the latest conveyor scales with a minimum error, a record of the rock mass coming from the mining areas is kept. The scales are also equipped with a high-precision ash meter, which determines the quality of coal products.

“DTEK always prioritizes occupational safety, using the most advanced technologies and innovative developments. This allows us to make our miners' work safer and our coal mining more productive. The Yubileinaya mine has become a pilot among DTEK Energo's coal mining enterprises to introduce such technologies. Today we can already say that digitalization is yielding results. We have reached a new level of control over the development of highly gas-rich formations, we track in real time exactly where people are in production areas, the dispatcher and engineering staff are promptly notified of situations, emergencies and abnormal cases underground, ”said Ildar Saleev, CEO of DTEK Energy.

“Modern energy is IT energy: technologies make it possible to qualitatively change the industry, carry out its digital transformation, significantly improving the working conditions and efficiency of employees and increasing their level of safety. The project at Yubi-Lane has become indicative: in practice, digital solutions have successfully demonstrated their potential and capabilities. The future plans of the MODUS and DTEK Energo programs include the circulation of solutions for other mines, ”commented Dmitry Osyka, IT Director and Head of the MODUS Program at DTEK.

Финансовая аналитика, прогнозы цен на сталь, железную руду, уголь и другие сырьевые товары. More news and analytics on Metallurgprom telegram channel - subscribe to get up-to-date market information and price forecasts faster than others.
Сomments
Add a comment
Сomments (0)
On this topic
Wi-Fi technology in DTEK mine entered the Ukrainian Book of Records as the first and deepest in the
Rinat Akhmetov's DTEK has launched the underground Wi-Fi connection at a depth of 500 meters
DTEK launched a cogeneration unit at its Stepnaya mine
Vodafone, DTEK and Ericsson announce the start of the Smart Factory project based on 5G
At CorumExpo presented the first Ukrainian harvester for coal mining in ultra-thin seams
DTEK will accelerate digital transformation using new data management technologies
Recommended:
Indian auto industry set to post double-digit growth this year - Tata Motors
The largest shareholder of gold production in Russia donates 100% of shares to an Islamic fund
Siemens' withdrawal from Russia will not stop the production of locomotives - Institute for Natural Monopoly Problems
News Analytics
The largest producer of titanium raw materials in Ukraine OGCC will sell25-05-2022, 20:48
Glencore accused of bribery in London pleads guilty in the US25-05-2022, 10:44
Swiss oil and gas equipment manufacturer Sulzer leaves Russia24-05-2022, 13:08
BIR: European Commission's decision on scrap metal will be the most tragic24-05-2022, 11:41
Rejection of Russian palladium destroys markets24-05-2022, 11:41
US steel market sentiment becomes more price neutral05-05-2022, 10:15
The global high-strength steel market will grow steadily by 5% annually for the04-05-2022, 08:45
China steel inventories hit 13-month high amid COVID-19 outbreak30-04-2022, 16:38
Slowdown in global auto sector affects steel prices27-04-2022, 12:36
World alumina production reaches a record 138 million tons21-04-2022, 09:54
Sign in with: