Upbeat forecasts of the situation in the mining industry may revive the expectations of trade unions regarding higher wages for miners. 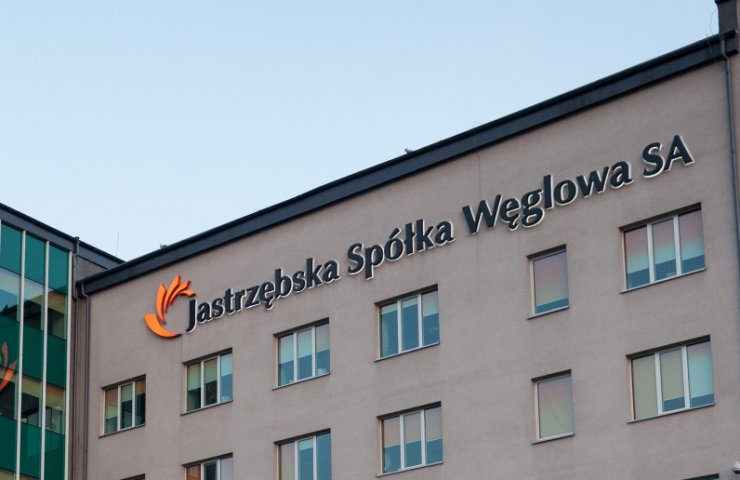 The European Union needs coking coal, so it imports about 40 million tons of fossil fuels annually. Coking coal is also a raw material used to create a green energy infrastructure.

Without coking coal, there would be no offshore and onshore wind farms. It takes over 400 tons of steel to build one large wind turbine tower. Its smelting requires about 140 tons of coke plus 200 tons of coking coal. Currently, there are no alternative and economically viable technologies for steelmaking without the use of coking coal.

This is also influenced by the fact that safety checks are carried out in mines in China, which means that some mines are closed for a certain period of time. In addition, cyclones have led to delays in sea shipments in the Atlantic region.

“In general, the demand for coking coal now exceeds the supply of raw materials on the market. Before the boom, no one invested in expanding coal mining capacity. And now there are consequences, ”emphasizes Jakub Shkopek.

It is known that investments in the mining industry are long-term and one cannot expect an effect overnight. In addition, iron ore prices fell. And even with high coking coal prices, steelmakers can benefit from high margins. There are supply problems, so high coking coal prices may persist until at least the end of 2021.

The Board of Jastrzębska Spółka Węglowa signed on Monday, September 13, a wage agreement with union representatives. It was also agreed that a one-time premium would be paid. Thanks to this, the collective dispute that began in June of this year was terminated.

The parties to the agreement have agreed that from September 1, 2021, new tables of base salary rates will be introduced, exceeding the current ones by 1.6%, which, together with an increase in base wages by 3.4% from July this year, will increase wage rates fees by 5%.

The annual demand in the European Union for coking coal is over 53 million tons, of which only 17 million tons of this raw material comes from the EU, including 11.6 million tons from Poland, where this coal is mined at Jastrzębska Spółka Węglowa. The rest is imported, inter alia, from Australia, USA, Canada and Mozambique.

Финансовая аналитика, прогнозы цен на сталь, железную руду, уголь и другие сырьевые товары. More news and analytics on Metallurgprom telegram channel - subscribe to get up-to-date market information and price forecasts faster than others.
Сomments
Add a comment
Сomments (0)
On this topic
Tata Steel joined the project of construction of European hyperloop
Poland's largest coal company intends to increase production and quality of coal
The head of Volkswagen considered hydrogen technologies unpromising for the automotive industry
Donald Trump wants to finally hit the mining industry in China and "annoy" Joe Biden
Thyssenkrupp sold two business lines in a week, considering them unprofitable
Baku Steel Company appoints new director to replace Mammadov, who was arrested the day before
Recommended:
Ukraine reduced the export of scrap metal by eight times
ArcelorMittal expects real steel demand in Europe to be 'at least stable'
Canadian scientists have proposed to "collect" CO2 from the atmosphere using railways. wagons
News Analytics
India prepares to lift export duties on steel09-08-2022, 08:34
Russian metallurgists will need more than 10 years to replace imports of key09-08-2022, 07:23
China reduced steel exports in July by one million tons or 12%08-08-2022, 17:41
World steel prices have moved from a protracted fall to growth08-08-2022, 16:27
Ferrexpo's net profit in the first half of the year decreased by 88%03-08-2022, 10:20
The US market may begin a collapse in prices for thick sheet14-07-2022, 09:39
High iron ore shortage could halt metallurgy's green transition28-06-2022, 14:02
Price volatility hits global steel market27-06-2022, 19:28
Recovery in China could be key to rising global steel prices - MEPS24-06-2022, 14:00
Conflict in Ukraine spurs Europe's drive for clean energy03-06-2022, 12:14
Sign in with: