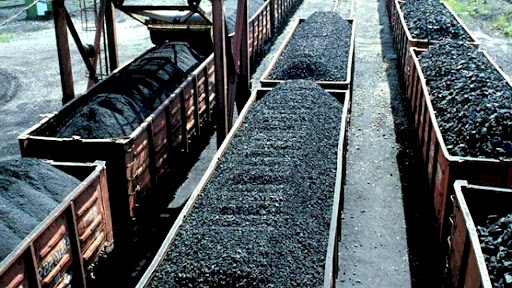 The European Union annually imports about 40 million tons of coking coal. This market has a global dimension and the demand for coking coal depends mainly on the state of the steel industry. World coking coal production (1,139.5 million tons per year) is concentrated in several countries.

The global level of demand for coking coal is largely dependent on one recipient (China), while the global supply depends on the main supplier, Australia, which together with other large exporters, i.e. the United States, Canada and Russia, carries a joint responsible for over 90 percent of the supply of coal to the world market. The total volume of trade in coking coal is about 340 million tons per year (as of 2019).

The level of imports of coking coal in the world - in addition to the balance of supply and demand, especially between Asia and Australia - is also influenced by one-off events in the form of weather, logistic or geological difficulties. They are temporary and call for alternative sources of imports. So, in 2020, Ukraine reduced imports of coal by 19.6% compared to 2019 - to 16.95 million tons.

The annual demand for coking coal in the European Union is over 53 million tons, of which only 17 million tons of this raw material comes from the EU, including 11.6 million tons from Poland, where this coal is mined at Jastrzębska Spółka Węglowa.

The rest is imported, in particular from Australia, USA, Canada and Mozambique. Australia plans to increase production of coking coal. It will target, in particular, the Indian market, as the Chinese still do not import coal from Australian mines, and political relations between the two countries remain tense.

Australia is one of the world's most important coking coal exporters. The main recipients of coal from Australian mines are Asian countries - India, Japan, South Korea and Turkey. The European Union and Brazil are also important recipients of Australian coal.

The intention to increase the production of coking coal is associated with an increase in demand for Australian coals, for example, in the Indian and European Union markets. US coking coal producers are also trying to increase production in response to demand from domestic steel mills and the Chinese market.

India, while increasing steel production, imports a lot of coking coal. Large-scale infrastructure investments will be made there, so the demand for coking coal will also increase. By and large, the largest coal producers in the world market are investing in coal projects and intend to increase production, because it is a profitable business for them. Coking coal is consumed by the metallurgical industry in various parts of the world. Various investments in infrastructure require a large amount of steel, and their production requires coking coal.