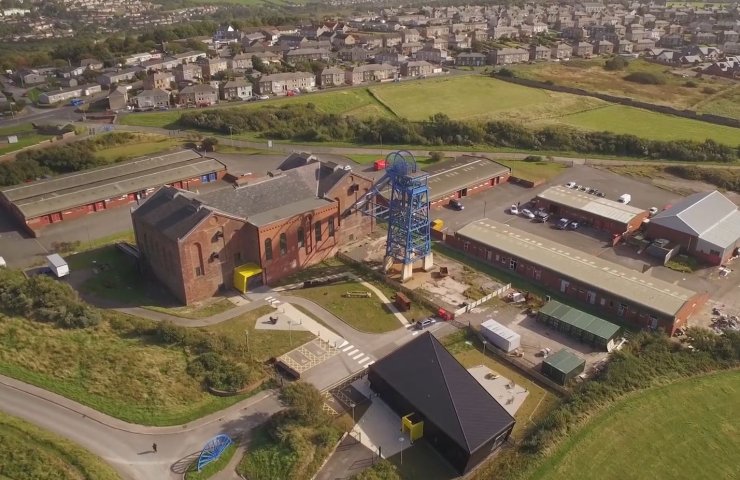 UK Secretary of State for Business, Energy and Industrial Strategy, Kwasi Quarteng, said on Wednesday that he sees "very good reasons" not to open the country's first deep metallurgical coal mine in 30 years.

The Woodhouse Coliery project in West Cumbria Mining in the northwest of England was approved by local authorities in October but was temporarily suspended two days later.

The project envisages the construction of a mine with a capacity of up to 3.1 million tons of coking coal per year in the Whitehaven area of ​​Cumbria in the north-west of England.

The new project could provide the UK steel industry with its own coal, which would reduce the country's dependence on the United States for coal imports.

Greenpeace UK Director Doug Parr welcomed Quarteng's comments, adding that there have always been good reasons to disapprove of the mine. “I just don’t know why the government allowed this process to continue,” he said.

Parr noted that the approval of the project will signal an increase in heat emissions in the UK just as the country is trying to reduce them. “It will also undermine the credibility of the government as the host of the all-important climate summit,” he said.

The Woodhouse Colliery project was scheduled to run until 2049, one year ahead of the UK deadline for achieving zero net emissions. Although the country plans to use some of this coal in its steel industry, 85% of the coal is destined for export to Europe.

During this period, it was planned to create 500 jobs at the mine. But the government also expects the operating mine to add about 400,000 tonnes of carbon dioxide equivalent emissions annually.

“Many of those who have written about the mine do not seem to understand the manufacturing processes and requirements for steel production, and that the UK will simply continue to import millions of tons of steelmaking coal from overseas for the foreseeable future if there are no local stocks. Until an alternative to coking coal is found, such coal mining is essential; it also plays an important role in the renewable energy supply chain, which relies on steel for wind turbines and other key infrastructure, ”said Woodhouse Colliery.

The last active deep coal mine in England, Kellingley, was closed in 2015 and the Bradley coal mine closed last year after nearly 200 years of operation.

In November 2021, the UK will host the COP26 round of UN Global Climate Talks in Glasgow, Scotland. The event is considered the most important climate negotiations since the 2015 Paris Agreement.

Recommended:
DTEK Oil & Gas drills a new high-rate well using 3D modeling
Gas prices in Ukraine have reached a record value over the past two years - 9000 UAH /thousand cubic meters
Energy independence of Ukraine depends on decarbonization and "green" energy - State Energy Efficiency
On this topic
UN Secretary General has called coal mines a past, from which it is time to abandon
Trump wants to ease environmental restrictions on the US mining industry
Ukraine asks the UK to share its experience in transforming coal regions
Indian Tata Steel will replace Australian coal with Russian coke
China plans to ban coal imports from Australia for political reasons
Environmentalists not allowed to replace Russian coal into the UK domestic raw materials
Add a comment
Сomments (0)
News Analytics
Chip shortage will cost the global auto industry $ 110 billion in revenue in14-05-2021, 12:15
Zaporizhzhya Dneprospetsstal expands international partnership14-05-2021, 11:17
The coal industry relies on new technologies to survive in the decarbonization14-05-2021, 11:38
In January-April, Ukrainian metallurgists increased steel production by 7.2%14-05-2021, 10:03
Metinvest does not want to sell pig iron of Dnipro Metallurgical Plant to third14-05-2021, 09:03
The current state of the market is ideal for the sale of rolled steel - IREPAS04-05-2021, 18:41
Global hydrogen demand to grow 7-fold by 2070 - PwC21-04-2021, 12:31
World Steel Association predicts a good year for metallurgists15-04-2021, 18:19
World Steel Association defines green steel and its variations12-04-2021, 13:14
China unlikely to cut steel capacity in 2021 due to high steel prices07-04-2021, 12:11
Sign in with: