Construction of the Stepnoy-2 dump does not harm the residents of the city and the ecosystem of Krivoy Rog - the decision of the Court of Appeal. 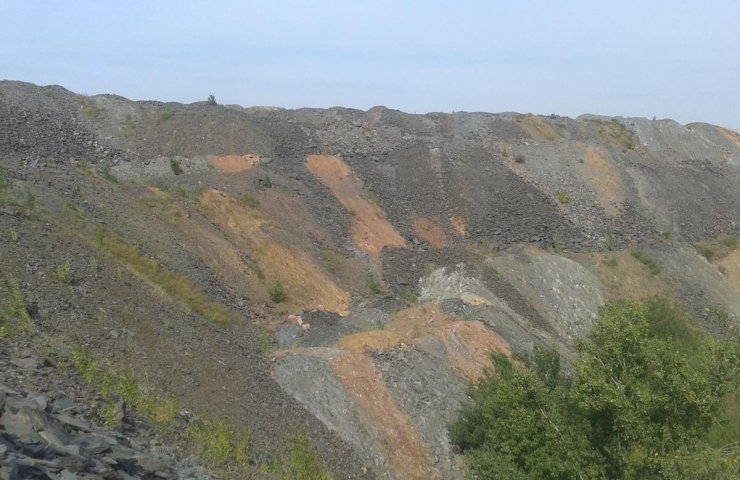 Today, the court of appeal considered the complaint against the decision of the Dnipropetrovsk Regional Administrative Court, which had previously confirmed that the Ministry of Environmental Protection and Natural Resources of Ukraine was competent to provide a positive conclusion on the Department of Internal Affairs for the construction of a new dump in Krivoy Rog and it was established that the land on which the dump will be built belong to the category of industrial lands and are not included in the territory of the Emerald Network. This was reported by the press service of ArcelorMital Kryvyi Rih.

“We will not insist on reimbursement of legal costs by the plaintiff. We are always ready for a constructive dialogue with civil society and believe that strict adherence to environmental obligations is our common area of ​​control. We respect the civil position of caring residents of the city and invite you to talk in order to move forward together, taking into account the interests of society and business, "commented Artem Filipyev, Deputy General Director for Legal Affairs, Interaction with Government Bodies and Communications of ArcelorMittal Kryvyi Rih.

Earlier it was reported that ArcelorMittal is launching the Steel Billion investment program, which provides for an investment of almost $ 1 billion in the environmental modernization of steel production in Kryvyi Rih. This decision was announced during a meeting between President of Ukraine Volodymyr Zelenskyy and Chairman of the Board of Directors of ArcelorMittal Lakshmi Mittal.

The Stepnoy-2 dump is a strategic project of ArcelorMittal Kryvyi Rih, since the production of iron ore concentrate depends on it. The company has already passed several specialized examinations, received a positive conclusion of the environmental impact assessment (EIA) procedure and completed all preparatory work.

Recommended:
Cherkasy "Azot" shipped more than 100 tons of medical oxygen to hospitals
Helsinki and Tallinn will be connected by a tunnel designed by the developer of the game Angry Birds
New lockdown plummets the German economy
On this topic
State Environmental Inspection in Court Demands to Stop Construction of New Tailings Dump at
Specialists of the Chinese company CISDI will spend three months at ArcelorMittal Kryvyi Rih
The State Environmental Inspection will not allow disrupting the terms of commissioning of a new
ArcelorMittal Kryvyi Rih is building a new blade with strict observance of environmental obligations
AMKR requests to allow public hearings by video-conference
A new lawsuit for "Gazprom": what does "Naftogaz" in the Stockholm arbitration?
Add a comment
Сomments (0)
News Analytics
Metallurgical Plant Zaporizhstal announced the transfer of data on emissions12-05-2021, 16:46
Interpipe's 5-year Eurobonds for $ 300 mln are assigned a priority unsecured12-05-2021, 16:30
Dnipro Metallurgical Plant exceeded the April production plan by 6.7%12-05-2021, 15:45
The auto industry rushed up: the production of vehicles in Ukraine increased 1612-05-2021, 15:44
The Minister of Energy of Ukraine promised today to close the issue of wage12-05-2021, 14:24
The current state of the market is ideal for the sale of rolled steel - IREPAS04-05-2021, 18:41
Global hydrogen demand to grow 7-fold by 2070 - PwC21-04-2021, 12:31
World Steel Association predicts a good year for metallurgists15-04-2021, 18:19
World Steel Association defines green steel and its variations12-04-2021, 13:14
China unlikely to cut steel capacity in 2021 due to high steel prices07-04-2021, 12:11
Sign in with: