Due to the accident at Norilsk Nickel, the palladium deficit in the world market will triple

Norilsk Nickel warned that they expect an increase in palladium deficit due to the flooding of its mines and the suspension of the processing plant. 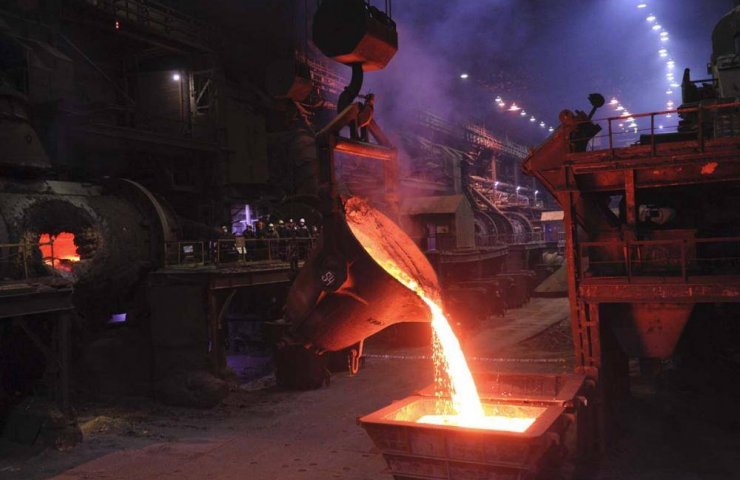 Due to the suspension of the Norilsk concentrator, the Oktyabrsky and Taimyrsky mines, experts expect a palladium deficit of 0.9 million ounces in 2021 against the balance in the previous estimate. At the same time, experts say, the deficit will be partially offset by the sale of stocks, including metal produced but not sold by Norilsk Nickel in 2020.

A revival in the auto industry in the second half of last year, especially in China, and disruptions to refining capacity in South Africa have contributed to the continued global palladium deficit of 0.3 million ounces in 2020. This year, there has been a strong recovery in demand in the automotive and other industries to near pre-crisis levels, although growth is constrained by a shortage of semiconductors. The growth in demand will be met by increasing supply from South Africa and other regions, as well as from recycling.

In addition, the company has lowered its forecast for a surplus in the nickel market this year from 75,000 tons to 52,000 tons. In 2022, according to the manufacturer, the surplus will exceed 100,000 tons amid the ongoing expansion of low-grade nickel production. However, it could be constrained by accelerated growth in the battery sector and a potential shrinking supply.

“The balance of the nickel market in the future will be determined by the growth rates of the production of electric vehicles. Today, the electric vehicle market is growing rapidly thanks to government incentives and the development of battery technology while lowering costs, ”the company said, adding that experts are of the opinion that long-term growth in nickel consumption will be driven primarily by the growth rate of the battery sector. .

Last year, the platinum group metals market was seriously affected by the pandemic, but market participants were able to adapt to the new conditions and mitigate the negative impact, the company notes. "At the same time, the impact of COVID-19 has not yet ended, the consequences of the crisis are obvious, including this can be seen in the shortage of semiconductors, due to which this year car production will be 2-3 million vehicles lower than previously predicted," said in the message of "Norilsk Nickel". At the same time, the company predicts that in 2022 car production and consumption of platinum group metals will recover to pre-crisis levels.

Финансовая аналитика, прогнозы цен на сталь, железную руду, уголь и другие сырьевые товары. More news and analytics on Metallurgprom telegram channel - subscribe to get up-to-date market information and price forecasts faster than others.
Сomments
Add a comment
Сomments (0)
On this topic
Norilsk Nickel increased its quarterly production of palladium and platinum
The surplus of platinum in the world market fell ten times in one quarter
Global platinum production to grow by 22% in 2021
Director of the Norilsk Concentration Plant detained in connection with the death of workers
An employee died at the Norilsk enrichment plant, several more people were trapped in the rubble
The silver market is facing record supply and demand in 2021 - Silver Institute
Recommended:
Brazil has increased steel exports to Europe by eight times against the backdrop of the war in Ukraine
India prepares to lift export duties on steel
Japan's Nippon Steel starts buying gas at record high prices
News Analytics
Salzgitter invests 700 million euros in mild steel production13-08-2022, 10:44
Evraz decided to get rid of its assets in the US and Canada13-08-2022, 09:10
S&P and Fitch consider Ukraine's agreement to defer payments on public debt13-08-2022, 09:59
Demand for electric vehicles in Ukraine shows "crazy" growth -13-08-2022, 09:07
Director General of Ukrhydroenergo initiated the construction of new bomb13-08-2022, 09:31
The US market may begin a collapse in prices for thick sheet14-07-2022, 09:39
High iron ore shortage could halt metallurgy's green transition28-06-2022, 14:02
Price volatility hits global steel market27-06-2022, 19:28
Recovery in China could be key to rising global steel prices - MEPS24-06-2022, 14:00
Conflict in Ukraine spurs Europe's drive for clean energy03-06-2022, 12:14
Sign in with: