DTEK launched a cogeneration unit at its Stepnaya mine

According to Dmitry Anufriev, General Director of Recycling Solutions, only 1% of coal mine methane is processed in Ukraine. 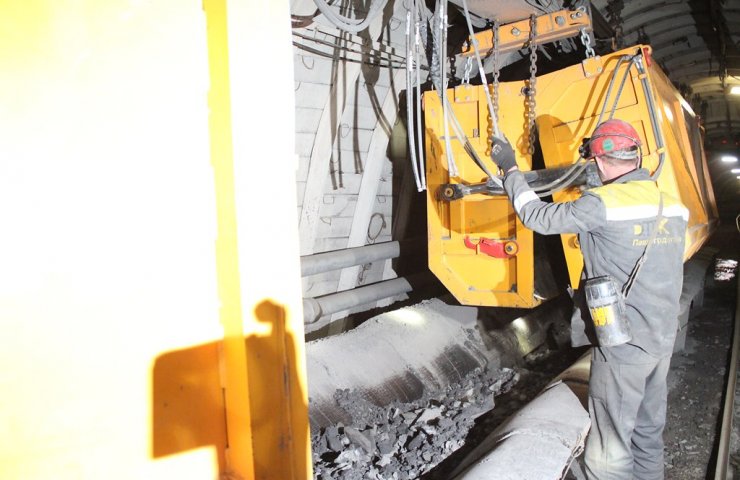 "DTEK mine administration " Pershotravenskoe "(the association " DTEK Pavlogradugol "), together with the Ukrainian Recycling SoluJons, put into operation a cogeneration unit at the " Stepnaya "mine for the production of electricity and heat from coal mine methane with electric capacity 1, 56 MW.

"At the mine " Stepnaya "" DTEK ShU Pershotravenskoye "introduced " a methane utilization pilot. Now the dangerous gas that is released in mine workings during coal mining is not only pumped out to the surface to ensure the safety of miners, but also converted into electricity and heat at a special cogeneration unit, "- said the press service of DTEK.

According to her, the electric and thermal energy produced at the cogeneration plant is used at the mine to heat and supply power to Unit 2.

"At the " Stepnaya "mine, where we annually extract about 2 million tons of coal, a large amount of methane gas is released during the extraction process. With the help of a degassing unit, we pump it out. And previously it was simply thrown into the atmosphere. Now this gas is converted into electricity through combustion and with minimal impact on the environment. The gradual reduction in coal use and waste generation is fully in line with the goals of the ESG strategy that the company adopted in 2019, "said the director of coal production " DTEK Energo "Mikhail Barabash, quoted by the press service.

According to the data given by Dmitry Anufriev, General Director of Recycling Solutions, only 1% of coal mine methane is processed in Ukraine.

The volume of investments made by Recycling Solutions in the project amounted to $ 2.6 million. The company was responsible for the development of a technical solution, fundraising, construction, launch of the project and is engaged in its operational management.

According to the company, DTEK and Recycling Solutions are planning to implement similar projects at two more mines of the DTEK Pavlogradugol association. This will allow to reduce greenhouse emissions from coal production by about 3% in the next two years.

Recommended:
The Ministry of Strategic Industry requires developers to accelerate work on the creation of Ukrainian spacecraft
US court upholds Trump's 25% tariffs on steel imports
Ferrous metallurgy enterprises provided 78% of the foreign exchange earnings of the Donetsk region in 2020
On this topic
How the reform of the electricity market in Ukraine can lead to a collapse and what to do about it
DTEK is ready from may 15 to resume work Pavlogradugol under the condition of stabilization in the
Stopped nuclear power plants and mines. What's going on in the energy sector of Ukraine?
DTEK because of the crisis in the energy sector stopped the largest coal producing company in
Buy Russian electricity for six Ukrainian companies
DTEK has launched a new wind power plant in Zaporizhia region
Add a comment
Сomments (0)
News Analytics
Britain denies loan guarantees for metallurgical holding GFG Alliance01-03-2021, 22:52
Spread between raw materials and high strength alloy steel in Europe increased01-03-2021, 20:21
Metinvest will not announce plans to achieve carbon neutrality yet01-03-2021, 16:19
Zaporizhstal: production results in February 202101-03-2021, 15:24
The largest Texas energy company files for bankruptcy01-03-2021, 12:31
Spread between raw materials and high strength alloy steel in Europe increased01-03-2021, 20:21
Increase in prices is forecasted in the markets of steel raw materials -26-02-2021, 09:25
Troy ounce of gold will drop $ 500 in two years - Fitch25-02-2021, 18:29
Global iron ore production growth to outstrip cumulative production in India23-02-2021, 10:22
Fitch Ratings Warns of “Shocking Impact” on Fossil Fuel Exporters18-02-2021, 14:44
Sign in with: