The authorities fear fires. Due to the high temperature, the road surface is deformed and the wiring melts. Forest fires are raging and entire villages are burning. 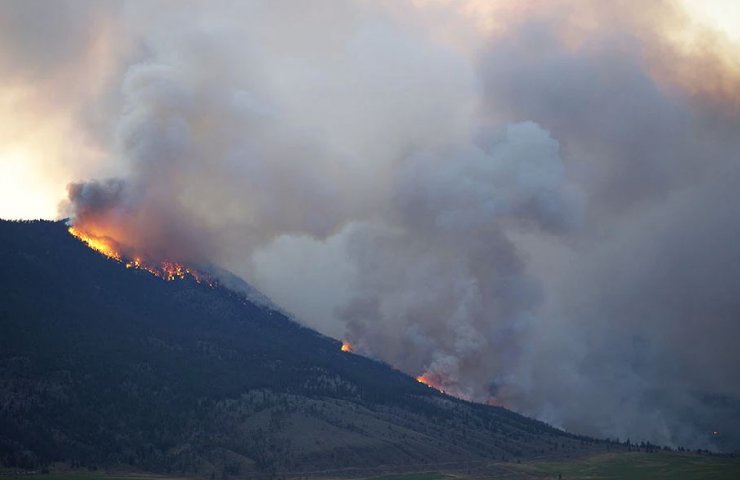 Canada's Cameco has suspended uranium mining at its Cigar Lake mine with an annual capacity of more than 8,000 tons of uranium concentrate in Saskatchewan as a precautionary measure due to a wildfire currently burning in the vicinity of the mine, the company said July 1. p>

A week of abnormal heat on the US West Coast and Canada has resulted in hundreds of sudden deaths. In the province of British Columbia alone, the death toll from causes associated with persistent high temperatures is approaching half a thousand, Canadian media reported, citing police.

Mine operator Cameco said in a statement that the "thermal dome" that recently erected over western Canada, causing extremely hot and dry weather, "made things worse."

The "heat dome" phenomenon has led to a sharp rise in temperatures in the Pacific Northwest over the past week. In western Canada, due to the abnormal heat, the town of Lytton was almost completely destroyed, where the temperature recently rose to 50 degrees. The rescuers reported that the fire destroyed 90% of buildings, municipal and private.

In a statement, the company is evacuating approximately 230 non-essential employees from the site. The decision was made in consultation with representatives of the Saskatchewan Public Safety Fire Fighting Agency.

The mine is located in the northern part of the province, in an area so remote that workers are brought to and from the site by plane.

Approximately 80 key personnel will remain at the site to "keep the site in a safe state", Cameco said.

This is the third time in 16 months that Cigar Lake has been temporarily closed. The first was in March 2020 due to an increase in the number of coronavirus cases. The mine resumed operations in September.

The second was in December, again due to a pandemic. Cigar Lake production was suspended until it relaunched in April.