Poland refuses to close coal mine despite EU court ruling and € 0.5 million a day fine

The Polish government argues that the Turov mine must remain open to ensure the country's energy security. 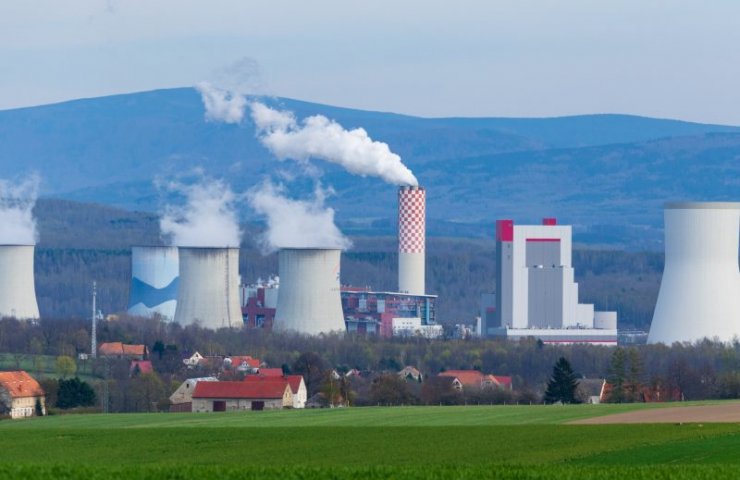 Poland has announced that it will not close the Turov coal mine, despite the decision of the EU court, which imposed a fine on Warsaw in the amount of 500 thousand euros for each additional day of operation of the mine, starting September 21. About this reported by EuroActiv.

"Such a measure appears to be necessary to improve the effectiveness of the interim measures adopted in the judgment of May 21, 2021 and to deter this Member State from postponing the adjustment of its conduct in accordance with this judgment," said the Luxembourg-based Court of Justice of the European Union (CJEU).

The publication notes that this case is part of the legal action of the Czech government against Poland, since the Turov mine is located at the common border of the two countries of the bloc.

A lignite or brown coal mine has been operating for over 100 years, but only recently has it expanded towards the Czech border and has begun to influence the country's water supply.

The court decided in May this year that the mine should be closed, but Poland refused to comply with this decision.

The Czech government asks Poland to compensate for the cost of new sources of water supply and provide all information on the impact of the mine on groundwater. She also welcomes the imposition of penalties in Poland.

The Polish government said the punishment undermined ongoing negotiations and said the mine, the region's main source of jobs and electricity, will continue to operate.

"The fine imposed by the Court of Justice of the European Union is disproportionate to the situation and not justified by the facts," the Polish government said in a statement. “This undermines the ongoing process of reaching an amicable settlement.”

Deputy Minister of Justice of Poland Marcin Romanovsky went even further and called the decision "robbery and theft in broad daylight." "You won't get a cent," - wrote he's on his Twitter.

Финансовая аналитика, прогнозы цен на сталь, железную руду, уголь и другие сырьевые товары. More news and analytics on Metallurgprom telegram channel - subscribe to get up-to-date market information and price forecasts faster than others.
Сomments
Add a comment
Сomments (0)
On this topic
The European Commission has filed a lawsuit against Poland at the Court of Justice of the European
Germany lost to Poland the dispute over the exclusion of Nord Stream from the EU's third energy
Poland will receive 56 billion euros for the transformation of coal regions
District court of Kyiv imposed a new restriction for 50.3% of Ferrexpo Poltava Mining
Minamaneho heard the reports of heads of several state-owned mines
UK's only coal mine could be shut down for "very good reasons"
Recommended:
India plans measures to stimulate domestic steel exports
The state will not support the export of metals from Russia - Ministry of Industry and Trade of the Russian Federation
Ukraine and the United States announced cooperation in the field of small modular nuclear reactors
News Analytics
Analysts predict 5% annual growth in the iron casting market through 203006-12-2022, 12:44
Oman to build a new steel plant worth $3 billion in 3 years06-12-2022, 12:14
Tesla's Shanghai gigafactory set a new record for electric vehicle shipments in05-12-2022, 15:24
Sanjeev Gupta may lose control of his steel plants in Belgium05-12-2022, 13:55
Steel demand and weather in Australia will affect coking coal prices05-12-2022, 13:16
Analysts predict 5% annual growth in the iron casting market through 203006-12-2022, 12:44
Commodity prices will fall, metals quotes will rise slightly - Focus Economics28-11-2022, 13:28
Platinum market to face shortage next year - WPIC22-11-2022, 18:25
Global steel demand falls and will fall by 2.3% in 2022: WorldSteel19-10-2022, 23:12
Iron ore prices fall to 11-month low15-10-2022, 10:36
Sign in with: