The OPAL gas pipeline, which is an onshore extension of the Russian Nord Stream, was put into operation in the summer of 2011. There are no sources alternative to Nord Stream, from where gas could get into this pipe. Its transit capacity is now limited to half the bandwidth. 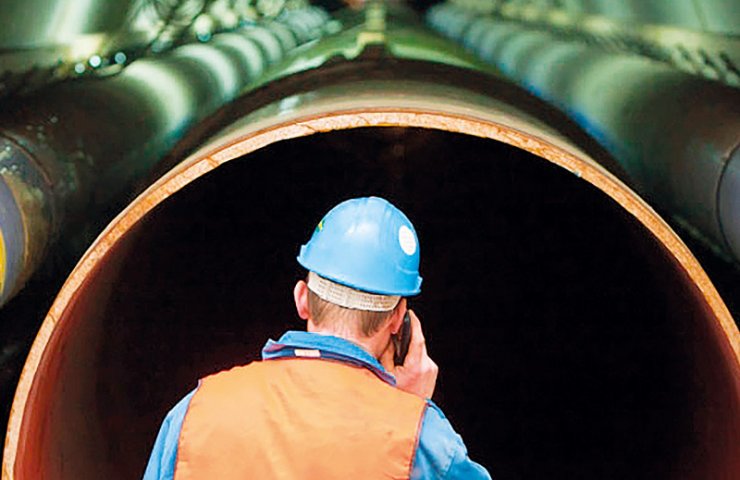 Germany on Thursday lost in the European Supreme Court a decision restricting Gazprom's access to the OPAL pipeline, which connects the Russian gas producer's Nord Stream gas pipeline with that country.

“Based on the principle of energy solidarity, the court considers the decision of the European Court of Justice of September 2019 on the claim of Poland to be justified, according to which it was decided to limit the OPAL's capacity by 50%,” the court's decision reads.

Recall that on November 20, 2019, the German gas regulator Bundesnetzagentur filed an appeal against the decision of the EU Supreme Court, which limited Gazprom's access to the OPAL gas pipeline capacity. On September 10, at the request of Poland, the EU Supreme Court annulled the decision of the European Commission (EC) to grant the onshore continuation of Nord Stream an exception to the rules of the Third Energy Package, which allowed Gazprom not to reserve half of the pipeline's capacity for third-party gas suppliers.

This case is part of a long-standing dispute over the transportation of Russian gas to Europe, in which Poland and other Eastern European countries clashed with Germany, the main beneficiary of the Nord Stream 2 pipeline.

Germany has filed an appeal with the Luxembourg-based EU Court (CJEU) after a lower court in 2019 overturned an EU decision allowing Gazprom to increase supplies to Europe via the OPAL pipeline. The tribunal's decision was taken after the Poles challenged the European Commission's decision.

The CJEU rejected Germany's arguments that “energy solidarity” is a political concept, not a legal issue.

Финансовая аналитика, прогнозы цен на сталь, железную руду, уголь и другие сырьевые товары. More news and analytics on Metallurgprom telegram channel - subscribe to get up-to-date market information and price forecasts faster than others.
Сomments
Add a comment
Сomments (0)
On this topic
A new lawsuit for "Gazprom": what does "Naftogaz" in the Stockholm arbitration?
Germany begins certification of the Nord Stream 2 gas pipeline, which may take up to 4 months
The European Union finally made changes to the Gas Directive of the Third Energy Package
Akademik Chersky arrives at the Nord Stream 2 pipe-laying site
Gazprom is seeking exclusion of Nord Stream 2 from EU directives in the Federal Supreme Court of
Onshore section of Nord Stream 2 launched in Germany - Deutsche Welle
Recommended:
ArcelorMittal refused large-scale investments in Ukraine
Severstal has taken the first step towards delisting on Western exchanges
Russia and India are negotiating the resumption of supplies of coking coal
News Analytics
Lithium mining in Chile's Atacama sparks controversy over flamingo habitat20-05-2022, 12:33
Europeans have sharply reduced the purchase of new cars20-05-2022, 08:34
Installed renewable energy capacity in China skyrockets in first four months of20-05-2022, 08:18
Martina Merz will continue to lead the German ThyssenKrupp until March 202820-05-2022, 08:50
European metallurgists criticized the plans of the European Commission to20-05-2022, 08:02
US steel market sentiment becomes more price neutral05-05-2022, 10:15
The global high-strength steel market will grow steadily by 5% annually for the04-05-2022, 08:45
China steel inventories hit 13-month high amid COVID-19 outbreak30-04-2022, 16:38
Slowdown in global auto sector affects steel prices27-04-2022, 12:36
World alumina production reaches a record 138 million tons21-04-2022, 09:54
Sign in with: