At the moment, individual tests of the equipment have already been completed and now the CH870i crusher, manufactured by the Swedish company SANDVIK, is to be comprehensively tested under load. 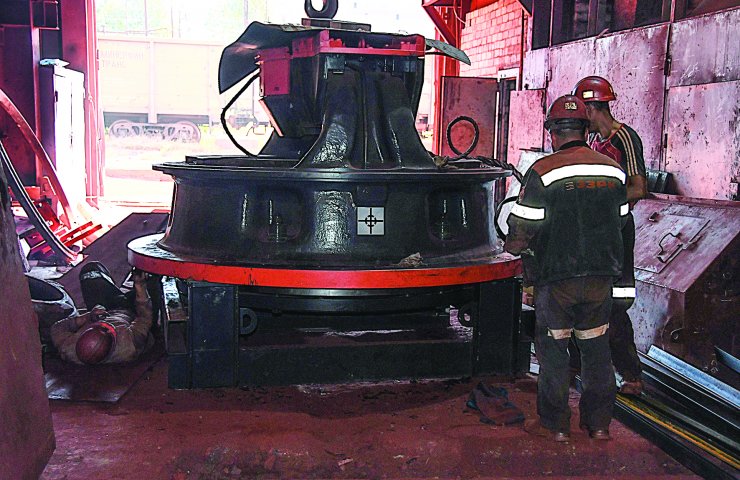 In September, at the crushing and sorting plant of the Zaporozhye Iron Ore Combine (ZZHRK), a new crusher was installed in the fine crushing building to replace the already physically worn one. This crusher has an “i” in its abbreviation, which indicates a number of design improvements resulting from the accumulated operating experience of previous versions and aimed at increasing reliability and efficiency.

The modern CH870i cone crusher, manufactured by the Swedish company SANDVIK, should ensure the smooth operation of the factory, and therefore the enterprise as a whole.

Replacement of the CH870i crusher was carried out in rather cramped conditions and with existing production. However, this did not prevent the completion of these works on time and with good quality.

The power supply of the crusher was adjusted by DSF specialists under the leadership of power engineer Oleg Balukov, and Alexander Ostapenko, LATP commissioning and testing engineer, assisted them in this.

Control over the assembly of the mechanical part of the crusher was carried out by the senior mechanic of the DSF Nikolay Kholomenyuk and the mechanic of the technological section Yevgeniy Khizhnyak with the direct participation of the manufacturer's specialists. The equipment was installed by a complex team of section No. 2 of the Central Television and Radio Broadcasting System (foreman Yevgeny Kislyak) and a team for repairing equipment of the DSF (foreman Andrei Novikov).

At the moment, individual equipment tests have already been completed, and now the crusher is to be comprehensively tested under load.

Agglomeration and open-hearth ore is mined at ZZHRK. In the total volume of production, about 95% is made up of sinter ore, which contains 61% of iron, open-hearth ore contains 54-58% of iron.