For the first time in the history of independent Ukraine, a unique and large-scale project in the mining and metallurgical industry will be implemented, which will ensure stable work at the Zaporozhye Iron Ore Plant until 2055. 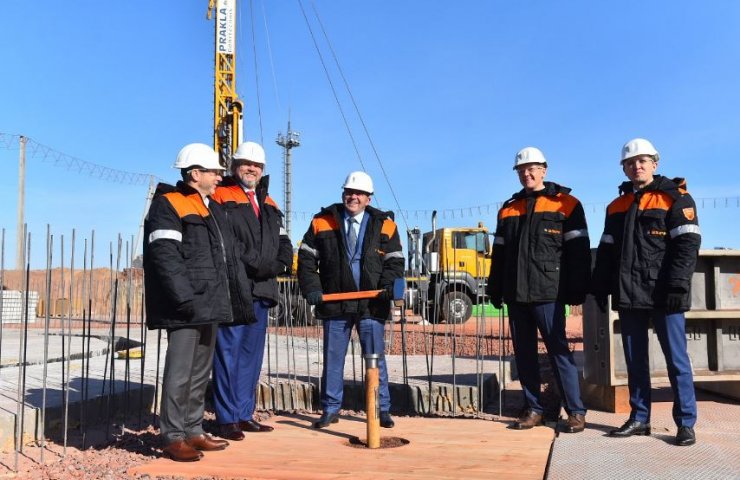 On October 20, 2021, the start of construction of the Southern Ventilation Shaft No. 2 (YuVS-2) was announced at the Zaporozhye Iron Ore Combine. The implementation of such a large-scale project at a mining enterprise is being carried out for the first time in 30 years of the existence of independent Ukraine.

Corum Group (part of DTEK Energo) is fully responsible for the implementation of the project. The amount of financing for the two stages of the project is about $ 81.6 million. The construction of YuVS-2 will increase the production of ore from the Pereverzevskoye deposit from the current 0.5 million tons to 2 million tons and create more than 1,500 new jobs at the ZZHRK and related industries, as well as provide an increase in tax payments to the budgets of all levels and will provide an impetus for the further development of the economy of the region and the country.

Zaporozhye Iron Ore Combine is one of the largest enterprises of the mining and metallurgical complex of Ukraine for underground ore mining, providing work for almost 5 thousand miners. At ZZHRK, a long-term development strategy of the enterprise has been developed, which provides for the development of the Yuzhno-Belozerskoye field to a horizon of 1,540 m and the Pereverzevskoye field to a horizon of 840 m. UAH 1.1 billion.

- For the first time in the history of independent Ukraine, a unique and large-scale project in the mining and metallurgical industry will be implemented, which will ensure the stable operation of the ZZHRK until 2055. The implementation of this project became possible thanks to the support of our shareholders and partners. The construction of the Southern ventilation shaft No. 2 is an example of a competent development strategy aimed at the future and an honest, mutually beneficial partnership, the results of which will bear fruit for more than one decade.

- 25 years ago, the Minerfin company became a shareholder of the Zaporozhye iron ore plant. Since then, investments in the modernization of production and the introduction of innovative technologies, the promotion of stable operation and development of ZZHRK have been the strategic goal of the Ministry of Finance. Our long-term cooperation, based on mutual respect, the same understanding of goals and objectives, has always brought positive results. I am sure that in the future our joint work will contribute to the prosperity of the ZZHRK and the well-being of its employees.

- This year Metinvest celebrated its first 15 years of operation. The amount of the company's investments during this period exceeded $ 10 billion: every tenth dollar in the development of the Ukrainian industrial sector is Metinvest's contribution. We believe in Ukraine, we believe in its economy, therefore we continue to invest in strengthening the positions of the Ukrainian national producer. The construction of the Southern ventilation shaft No. 2 at the ZZHRK is a unique case for our country, nothing like this has been built in Ukraine for 20 years. In the long term, the implementation of a strategic project with a high export potential will allow ZZHRK to develop a deposit of rich iron ores, which means to guarantee the employment of thousands of miners, create jobs in related industries, increase contributions to the budgets of all levels and ensure sustainable development of the region.

- The work of metallurgists largely depends on the reliability of the first redistribution - the iron ore plant. The construction of the second ventilation shaft will ensure a consistently high production rate of our enterprises for many years to come. By investing in the development of ZZHRK, Minerfin, Metinvest and Zaporizhstal are investing in the Ukrainian economy.

The complex work of Corum Group is that all service and production sites of the company will be involved in the construction of the South ventilation shaft No. 2. We are talking about driving a vertical shaft to a depth of 340 meters in difficult mining and geological conditions using the method of artificial soil freezing, as well as work on the construction of a turnkey shaft surface complex.

- Mine construction is one of the most important areas of work of Corum Group. Our team has extensive experience in the construction of vertical and inclined shafts, linear sinking - in Ukraine, Kazakhstan and Vietnam. The construction of the Southern ventilation shaft No. 2 at the ZZHRK is a unique and at the same time very complex project, and it is important for us that such a project, unprecedented for Ukraine for more than thirty years, is being implemented by us. We are confident that our expertise will ensure a successful outcome for the client.