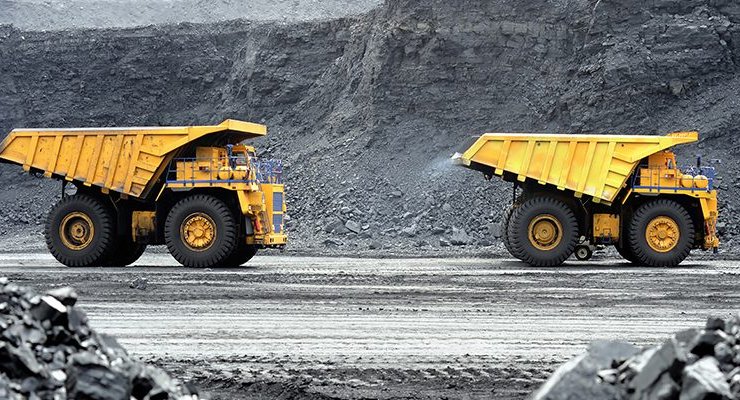 American Newmont has completely switched to an autonomous vehicle fleet at Boddington, the largest gold mine in Western Australia, the company said.

"With the transition to a fully autonomous transport fleet of 36 dump trucks, the company will increase the safety and productivity of mines, as well as extend their service life," the message says.

Investments amounted to $ 150 million. The company announced the launch of the project in February 2020.

During commissioning, the project faced a number of challenges, including unusually severe weather and heavy rainfall, lack of excavator reliability and operational delays in bench depth compliance as mining progressed in the open pit.

Newmont is the world's leading gold mining company and producer of copper, silver, zinc and lead. Newmont was founded in 1921 and has been listed on the stock exchange since 1925.

Recommended:
Metinvest starts overhaul of sintering machine at Dnipro Metallurgical Combine
The Korea Herald: South Korea raises electricity tariffs for the first time in 8 years due to Nord Stream 2
Explosion at Rustavi Metallurgical Plant in Georgia killed a man
On this topic
Canadian gold mining company accuses Kyrgyzstan of raider seizure of the mine
Is there copper in Ukraine and where does it lie?
Founder of one of the largest gold mining companies arrested in Russia for embezzlement
Jihadists undermine the extraction of gold in Burkina Faso attacking mine
Nordgold Alexey Mordashov put up for sale two mines in Buryatia
Rio Tinto says Amrun bauxite mine is fully operational
Partner news
Сomments
Add a comment
Сomments (0)
News Analytics
How the US became the world's largest Bitcoin mining hub20-10-2021, 13:26
New gold rush begins in South Africa due to coronavirus pandemic19-10-2021, 20:55
Siemens specialists conducted an audit of Interpipe as a qualified supplier19-10-2021, 18:32
MMK has been tested according to the Renault-Nissan-Mitsubishi alliance standard19-10-2021, 14:49
National Security and Defense Council of Ukraine will check 256 permits for19-10-2021, 14:34
In Europe, the stainless steel market unexpectedly "sank" - MEPS30-09-2021, 12:08
Oil prices to surpass $ 90 by year end due to shortages - Goldman Sachs27-09-2021, 10:58
Moody's changes its outlook for the mining and metals industry from "positive"14-09-2021, 18:39
European steel prices decline from summer highs and remain stable high04-09-2021, 10:38
Rise in European steel prices to dizzying levels finally fizzled out - Bloomberg27-08-2021, 13:18
Sign in with: