Is there copper in Ukraine and where does it lie?

Copper mining remains one of the unrealized investment tales with every change of government in Ukraine. 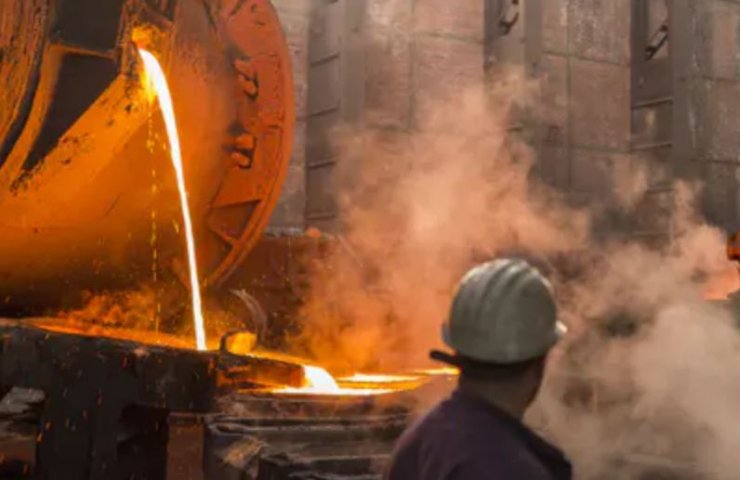 The entire global mining sector is at a "low start" in anticipation of a new raw materials super cycle, where trends will be set not by oil or iron ore, but by the so-called "battery metals". In this list, copper occupies a special position as the metal with the most explored reserves and the demanded raw material that will help the world economy go green. Ukraine is extremely rich in metal ores, which allows the country to build a diversified and diverse sectoral economy, which is in line with ultra-modern market trends.

Nevertheless, the question of copper deposits in Ukraine is still open and looks more like a fairy tale for investors. In reality, the country is increasing its copper imports from abroad.

According to the National Association of the Extractive Industry of Ukraine (NADPU), there are no explored copper deposits on the territory of Ukraine, but more than 150 ore occurrences are known, and some of them can be considered as potential deposits.

The main copper ore regions are the Volyn-Podolsk plate, the Pripyat-Dnieper-Donetsk aulacogen and the Ukrainian shield. Geologists have previously reported about deposits of native copper in Volyn and Polesye. At one time, Polish geologists considered a very attractive site near the villages of Bolshoy and Maly Midsk (the names of the villages are already talking about something) in the Kostopolsky district of Rivne, and during 1927-1937 they carried out research there. Now the search for copper is carried out in a strip stretching from Slavuta of the Khmelnitsky region through the entire Rivne region to Rafalovka and further to Kamen-Kashirsky in the Volyn region. According to preliminary estimates, the resources of this metal in individual deposits near Rafalovka may reach 600,000 tons in terms of pure copper.

The neighbors of Ukraine, the Poles, who are very lucky with the deposits of this metal (they rank first in Europe in its production), have to mine copper sulphide ore by the mine method from a depth of 970-1200 meters. Along with copper, Poles also receive 500 kilograms of gold and 100 kilograms of platinum and platinoids annually, receiving a significant additional economic effect. Therefore, if a decision is made on industrial copper mining in the Rivne region, it is likely that at the same time Ukraine will also receive Polesie gold.

Unfortunately, the development of Polissya copper remains one of the unrealized investment tales with every change of government in Ukraine. In 2007, President of Ukraine Viktor Yushchenko announced the start of a joint project with one of the largest mining companies in the industry - Polskaya Medyu. The project provided for the creation of a modern high-tech industrial complex in Volyn according to European standards, which will cover all stages: from research work to the production of competitive products. But then everything remained just words.

For ten years - in 2017 - the Governor of the Volyn region Igor Palitsa reported on potential investors from China, Poland and Canada who were ready to invest significant sums in order to mine copper in the Ratnivsky district. The first wells showed the occurrence of minerals at a depth of up to 500 meters, 60 meters of the productive horizon. There was revealed an ore occurrence of native copper with a content of more than 1% in the rock. But the project did not go further.

The flagship of the Ukrainian copper industry until 2014 was the Artyomovsk Non-Ferrous Metals Processing Plant (AZOTsM) - the only Ukrainian manufacturer of flat and round rolled products from copper and its alloys. The production capacity of the plant made it possible to produce copper, brass, copper-nickel rolled products and semi-finished products. On average, the production volume of AZOTsM amounted to more than 48.5 thousand tons of finished products per year, which accounted for a large part in the total production of the copper industry, the volumes of which are 65-80 thousand tons of products from copper and copper alloys per year. Approximately 80-85% of the products manufactured at the plant were supplied to the domestic market, in contrast to most enterprises in the industry, they are mainly export-oriented. Among them, one can single out such enterprises as LLC "Katekh-Electro" - one of the main manufacturers of cable products in Ukraine, LLC JV "Pankom-Yun" - on the basis of which the production of cathode copper has been established, State Enterprise "Donetskvtorkolormet", LLC "Zaporozhye non-ferrous plant alloys ", JSC" Vtormet ", JV" Technoskrap ", LLC" ECOMETALL ", LLC" Bona ".

Финансовая аналитика, прогнозы цен на сталь, железную руду, уголь и другие сырьевые товары. More news and analytics on Metallurgprom telegram channel - subscribe to get up-to-date market information and price forecasts faster than others.
Сomments
Add a comment
Сomments (0)
On this topic
How can integrated subsoil use objects help the development of raw materials exports in Ukraine?
Where and how much gold is there in Ukraine?
Extractive industry development roadmap will ensure Ukraine's GDP growth of $ 34 billion
How the reform of the electricity market in Ukraine can lead to a collapse and what to do about it
The window of opportunity is open - State Service of Geology and Subsoil of Ukraine
Stopped nuclear power plants and mines. What's going on in the energy sector of Ukraine?
Recommended:
ArcelorMittal Kryvyi Rih suspends production due to shelling of energy infrastructure
EU extends anti-dumping duties on cold rolled steel from China and Russia
Ukraine delivered 86,000 tons of iron ore to Turkey in September - TUIK
News Analytics
China's iron ore output to rise in 2023 as new projects are launched30-11-2022, 18:10
"Centravis" agreed to supply a new batch of seamless pipes to a30-11-2022, 16:51
Metinvest enterprises in Ukraine resumed work after massive shelling of29-11-2022, 11:59
The European Council added the violation of restrictive measures (sanctions) to28-11-2022, 14:22
The abolition of export duty in India may reduce the price of Turkish steel28-11-2022, 14:07
Commodity prices will fall, metals quotes will rise slightly - Focus Economics28-11-2022, 13:28
Platinum market to face shortage next year - WPIC22-11-2022, 18:25
Global steel demand falls and will fall by 2.3% in 2022: WorldSteel19-10-2022, 23:12
Iron ore prices fall to 11-month low15-10-2022, 10:36
China production cuts in winter will give limited boost to steel markets -15-09-2022, 10:09
Sign in with: