the desire to get rid of their property and inflated the value of their stocks CEO of Tesla and Space X tweeted a warning that this is not a joke. Tesla's shares fell by 10%. 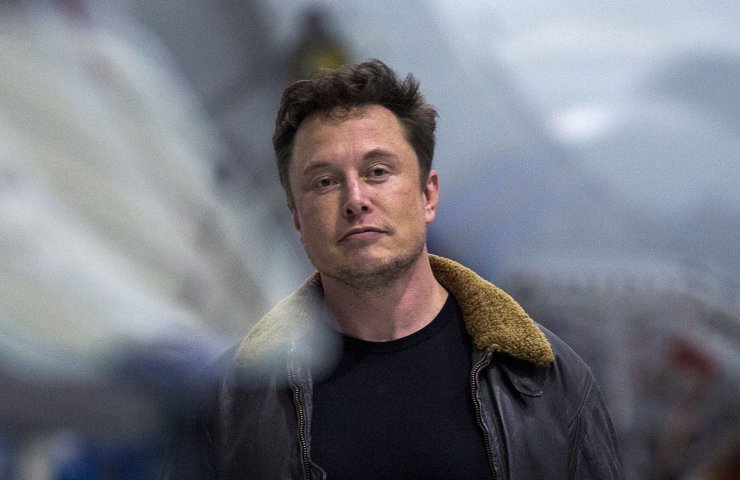 Us billionaire Elon Musk, known for his extravagant behavior, may 1, Twitter announced that it has decided to sell all his possessions, including the house where he lives.

I am selling almost all physical possessions. Will own no house.— Elon Musk (@elonmusk) May 1, 2020

the Billionaire also admitted that his pregnant girlfriend and singer Grimes (Claire Elise Boucher) angry at him – whether just because, or because of the decision to sell the property.

In response to a question from one of subscribers, why he does it, Musk wrote that he does not need the money.

"Decided to devote himself to Mars and Earth. The property is just a burden," - said Musk, adding that the price of Tesla stock is "too high."

Don't need the cash. Devoting myself to Mars and Earth. Possession just weigh you down. — Elon Musk (@elonmusk) May 1, 2020

However, Musk said that he would not sell the old house Gene Wilder (Jerome Silberman, the lead actor in the movie "Willy Wonka and the chocolate factory", died in 2016 — approx. Ed.) otherwise he will "lose his soul".

Joke or not, the cost of such statements was valued by speculators at $ 14 billion. Tesla shares fell for half an hour at 10% and dropped from more than 770 to about $ 700.

Previously, the Musk and the American Commission on securities and stock exchanges have signed an agreement under which the Musk is not entitled to tweeting about the company without the consent of lawyers of the Tesla.

however, he paid a fine of $ 20 million and resigned as Chairman of the Board of Directors of Tesla for three years. Musk went on this in order to avoid fraud charges and lawsuits because of his tweet about the intention to make a company Tesla to the public. He did nothing to implement this intention.

Recommended:
Two Killed, Four Missing in a Fire at a Gold Mine in East China
Ukrzaliznytsia transported over 22 million tons of cargo in January
LIBERTY Steel Group will build a hydrogen smelter in Dunker, France
On this topic
Tesla patented the electrode for batteries of the electric vehicle designed for a million miles
Tesla releases "Long Range Plus" Model S with mileage without recharging 630 km
Tesla is already worth more than General Motors and Ford put together
Mother Elon musk helped his son to sell the Tesla in the new year's eve
Pre-order the new Tesla pickup Cybertruck made about 146 000 customers – Elon Musk
Elon Musk introduced Tesla electric pickup Cybertruck at a price of 40 thousand dollars
Add a comment
Сomments (0)
News Analytics
Tesla will build a giant battery in Texas09-03-2021, 09:27
Germany surpasses the United States in sales of new electric vehicles and09-03-2021, 09:50
Bosch launches automotive chip plant in Dresden08-03-2021, 13:45
Eurozone investor morale at its highest rise in 12 months08-03-2021, 12:30
Port on the coast of Pilbara in Australia stops shipments of iron ore due to08-03-2021, 11:14
Spread between raw materials and high strength alloy steel in Europe increased01-03-2021, 20:21
Increase in prices is forecasted in the markets of steel raw materials -26-02-2021, 09:25
Troy ounce of gold will drop $ 500 in two years - Fitch25-02-2021, 18:29
Global iron ore production growth to outstrip cumulative production in India23-02-2021, 10:22
Fitch Ratings Warns of “Shocking Impact” on Fossil Fuel Exporters18-02-2021, 14:44
Sign in with: