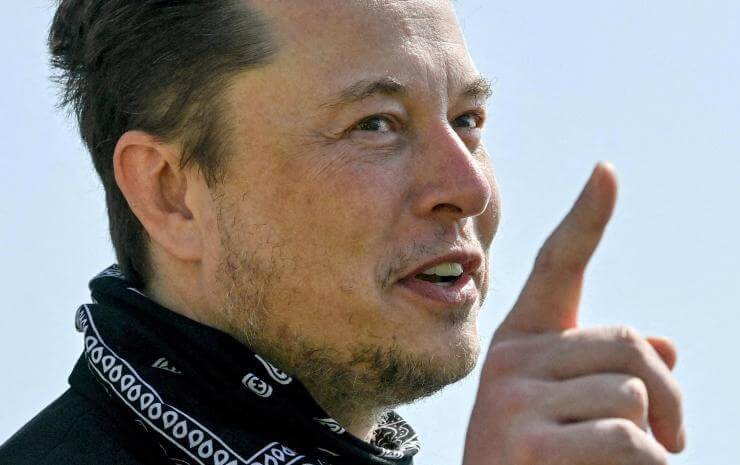 The authorities haunt Elon Musk and his scandalous tweets. The US market regulator, the SEC, continues to pressure Tesla's CEO in his poll to relinquish up to 10% of the company he launched in November, which could mean violating a previous agreement to avoid sanctions.

This was reported yesterday by the company itself, which said the SEC was investigating whether the firm and Musk violated an agreement by which they avoided fraud charges, following a series of tweets published in 2018. At the time, controversy arose over a post in which he proposed taking Tesla out of the market by buying shares at $420. Musk said he has the funds to do so.

Tesla shares soared on the reports, but it was later revealed that Musk lied and never had the necessary and promised funding to buy the company's shares. Therefore, the SEC filed a fraud lawsuit against Musk and Tesla, but both reached an agreement to close the case. In addition to removing Musk from the presidency and imposing a $20 million fine on him, one of the keys to the agreement was that the manufacturer would appoint a person to review the businessman's tweets before they were published.

Despite the agreement, in recent years Musk has been able to tweet without restriction or approval of the content of his messages.

On the other hand, the SEC filings also indicate that on January 3, Tesla received a notice from the California Civil Rights Agency stating that the company could face a civil lawsuit for discrimination and harassment following an investigation. The notice comes after Tesla was fined by a court for workplace harassment.

After the media released information about the SEC investigation and the California notice, Musk posted a tweet criticizing the "mainstream" media. "Why is the 'mainstream' media a relentless source of hate?" Musk told his 73 million Twitter followers.

Финансовая аналитика, прогнозы цен на сталь, железную руду, уголь и другие сырьевые товары. More news and analytics on Metallurgprom telegram channel - subscribe to get up-to-date market information and price forecasts faster than others.
Сomments
Add a comment
Сomments (0)
On this topic
Elon Musk asks that arrested him only after the resumption of production in California
Tesla has filed a lawsuit against the American authorities, forbade her to resume work in California
Los Angeles Times: a Perfect storm in the American market of steel
Investigation results: The crash of the Boeing 737 Max Lion Air was caused by a combination of 9
Nikola founder was suspected of buying a hydrogen truck project from a Croatian designer
Republicans criticized Biden for waiving sanctions against Nord Stream 2 AG
Recommended:
Diamond prices are on the rise
Hydrogen to be 'key element' of future EU economy - EU climate chief
China's iron and steel producer price index up 5.6% in April
News Analytics
The largest producer of titanium raw materials in Ukraine OGCC will sell25-05-2022, 20:48
Glencore accused of bribery in London pleads guilty in the US25-05-2022, 10:44
Swiss oil and gas equipment manufacturer Sulzer leaves Russia24-05-2022, 13:08
BIR: European Commission's decision on scrap metal will be the most tragic24-05-2022, 11:41
Rejection of Russian palladium destroys markets24-05-2022, 11:41
US steel market sentiment becomes more price neutral05-05-2022, 10:15
The global high-strength steel market will grow steadily by 5% annually for the04-05-2022, 08:45
China steel inventories hit 13-month high amid COVID-19 outbreak30-04-2022, 16:38
Slowdown in global auto sector affects steel prices27-04-2022, 12:36
World alumina production reaches a record 138 million tons21-04-2022, 09:54
Sign in with: