the Number of oil rigs increased by one unit, nevertheless it is significant as a signal of the recovery in oil prices. 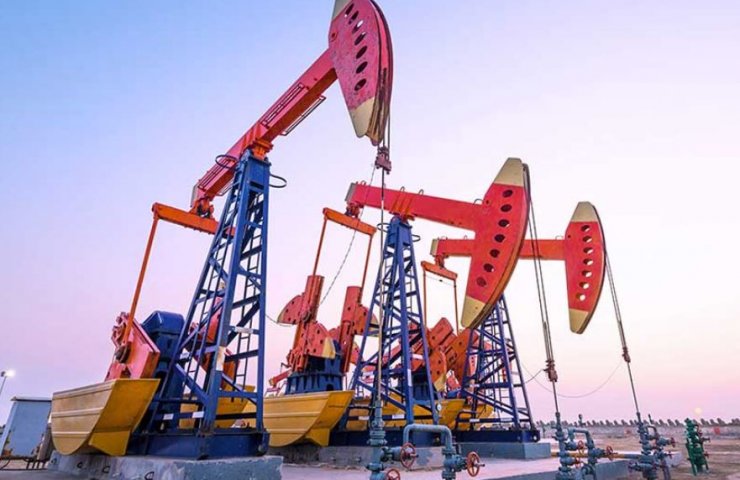 American energy companies reduced the number of active oil and gas rigs to a record low, but for the first time since March, added a oil rig on the background of recovery in oil prices.

For the week ended July 24, the number of drilling rigs decreased by two to a historic low of 251 installation said on Friday, oilfield services company Baker Hughes.

the Number of working drilling rigs in the U.S. are now at 695, or 73% less than in the same period last year.

the Number of oil rigs, a leading indicator of future volume of production in the USA increased by one to 181, and gas - fell by 3 to 68, which is the lowest rate since 1987, according to Baker Hughes.

oil Prices fell on Monday as growth in the number of cases of coronavirus and tensions in relations between the US and China have increased the demand for safe assets.

a Similar trend showed the broader financial markets in Asia on concerns about the escalation of tensions between the two largest economies in the world after the closure of the consulates in Houston and Chengdu.

Recommended:
Thanks to the EU and the UN, the Ukrainian police will be able to protect themselves from COVID-19
A unique mold was manufactured at Energomashspetsstal
In Donbasenergo warned of a possible disconnection of water across Donetsk region
On this topic
American steelmakers are faced with an unexpected problem associated with the coronavirus
US Steel decided to "immediately dismiss" about three thousand people
The price of North American WTI crude oil recovered to $ 1.5 per barrel
Американские компании второй раз за месяц повысили цены
США фиксируют рекордное производство стали
США: Победители и проигравшие в торговой войне Трампа с Китаем
Add a comment
Сomments (0)
News Analytics
Metinvest's Kryvyi Rih GOKs will pay double taxes to the local budget until01-08-2020, 14:16
US Steel will not restart blast furnaces in Indiana until the end of this year01-08-2020, 14:02
ThyssenKrupp closed the deal for the sale of the elevator business01-08-2020, 13:53
Minister for Strategic Industries of Ukraine inspected YUZHMASH workshops31-07-2020, 09:49
At the sinter plant of the Ilyich Iron and Steel Works, final work on equipment30-07-2020, 16:33
Steel begins to lose the battle with the aluminium due to the growing27-07-2020, 17:08
Gold may reach a record high in 201114-07-2020, 12:47
Steel prices in southern Europe are rising, despite weak demand23-06-2020, 10:54
Analysts expect strong demand growth for steel in China10-06-2020, 11:57
Global steel consumption in 2020 will be reduced by 6.4% - Worldsteel04-06-2020, 13:53
Sign in with: