Boeing will cut another 7,000 jobs as the company's losses grow as a result of the pandemic. 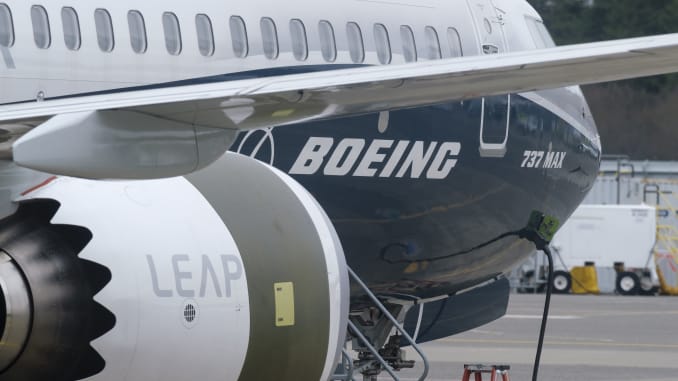 US aircraft manufacturer Boeing, which previously announced massive layoffs, said it will be downsized to 130,000 by the end of next year, down 20% from last year.

The coronavirus crisis and safety concerns for the 737 Max have contributed to the drop in orders.

The company's loss in the three months to September 30 was $ 466 million, the fourth consecutive quarterly drop in earnings.

However, Boeing reiterated its expectation that deliveries of the 737 Max to the US will resume before the end of the year.

Flights of this type of aircraft have been suspended since March 2019 after 346 people died in two separate plane crashes.

The pandemic has led to a significant reduction in air travel, pushing major airlines to the brink of bankruptcy and forcing them to cut staff.

As a result, Boeing cut production as well as jobs. Travel is expected to return to pre-crisis levels no earlier than 2023.

The company reported that its revenues were down 30% in the first nine months of the year to $ 42 billion.

“Our diverse portfolio, including our government services, defense and space programs, continues to provide us with some stability as we adapt and rebuild with the other side of the pandemic,” he said.

Recommended:
US to impose sanctions against Nord Stream 2 by the end of the year
Russia and Ukraine managed to do without Belarus in matters of direct coal supplies
Kryvyi Rih Iron Ore Plant renews its fleet of loaders
On this topic
Poles bought first Boeing 737 Max after two deadly plane crashes
Boeing resumes production of the 737 MAX at its Renton plant
Malaysia Airlines suspends the reception of Boeing 737 MAX
The head of Boeing refused to premiums and payments for 2019
Investigation results: The crash of the Boeing 737 Max Lion Air was caused by a combination of 9
The Boeing 737 scandal has already cost the company $ 8 billion
Add a comment
Сomments (0)
News Analytics
All vessels involved in the construction of Nord Stream-2 returned to the port28-11-2020, 16:43
IMF denies emergency financial aid to Kiev28-11-2020, 10:31
Biden's Production Plan Requires Significant Increase in U.S. Mineral Production28-11-2020, 10:35
SE "VostGOK" promises to pay off wage arrears by the end of next week27-11-2020, 22:39
Ukraine is losing leadership in the EU rapeseed import market due to the27-11-2020, 18:50
European Union scrap collectors worried about possible export restrictions18-11-2020, 10:41
Occupational diseases of workers in the extractive industry: types and ways to16-11-2020, 17:49
Eurofer expects recovery in EU steel demand05-11-2020, 09:47
Hot rolled carbon steel demand will continue to grow by 4% pa until 203004-11-2020, 16:14
Platts Steel Trade Review: China Will Decide Asia's Fate30-10-2020, 10:04
Sign in with: