Dempsey's more than 10 years developing measures to protect the steel industry of the United States from unfairly imported steel, including from China. 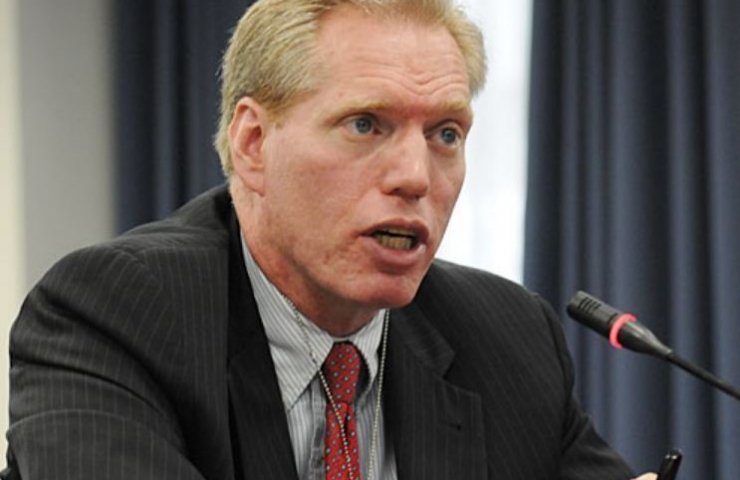 international Lawyer, specialist in foreign trade, Kevin Dempsey became the interim Executive Director of the trade group of the steel industry of the United States, American iron and steel Institute (AISI). Prior to his appointment he worked in AISI 11 years. Until recently he held the position of senior Vice President of public policy and General advice. Dempsey was working with U.S. manufacturers in trade cases, developed proposals antidumping and countervailing duties.

According to the new head of the AISI, one of the main problems in metallurgy is the problem of global overcapacity and government interventions around the world.

"Another important problem where we are constantly focusareas, competing materials, there was always competition with other materials for our markets in the automotive and construction sectors," - said Dempsey.

According to him, fears of steelmakers are not associated with the technological state of the industry, and from external factors such as the situation with the pandemic COVID-19.

"We want to compete with fairly traded imports, not by dumping or subsidised supplies, and we continue to face many of the problems associated with subsidized production from China and other countries that continue to distort world markets," concluded Dempsey.

Recommended:
The EU refused to adopt sanctions against the "Nord stream -2"
France and Ukraine to launch the project to upgrade drinking water supply system in the city of Mariupol
The Metinvest has stated that it will save $ 2 million on upgrading staff
On this topic
The court of international trade United States declared unconstitutional duties on Turkish steel
AISI: US revive the Forum began and will force China to cut steel output
Los Angeles Times: a Perfect storm in the American market of steel
In the United States has said it will continue to work to reduce Chinese methodnode
США ввели новые пошлины на сталь из Мексики и Китая
НЛМК занял выжидательную позицию на рынке США
Add a comment
Сomments (0)
News Analytics
Metinvest's Kryvyi Rih GOKs will pay double taxes to the local budget until01-08-2020, 14:16
US Steel will not restart blast furnaces in Indiana until the end of this year01-08-2020, 14:02
ThyssenKrupp closed the deal for the sale of the elevator business01-08-2020, 13:53
Minister for Strategic Industries of Ukraine inspected YUZHMASH workshops31-07-2020, 09:49
At the sinter plant of the Ilyich Iron and Steel Works, final work on equipment30-07-2020, 16:33
Steel begins to lose the battle with the aluminium due to the growing27-07-2020, 17:08
Gold may reach a record high in 201114-07-2020, 12:47
Steel prices in southern Europe are rising, despite weak demand23-06-2020, 10:54
Analysts expect strong demand growth for steel in China10-06-2020, 11:57
Global steel consumption in 2020 will be reduced by 6.4% - Worldsteel04-06-2020, 13:53
Sign in with: