Regardless of who wins the election, the US employment crisis will come first

An increasing number of Americans are losing their government benefits and switching to alternative government programs, such as the unemployment compensation program in the event of a pandemic. 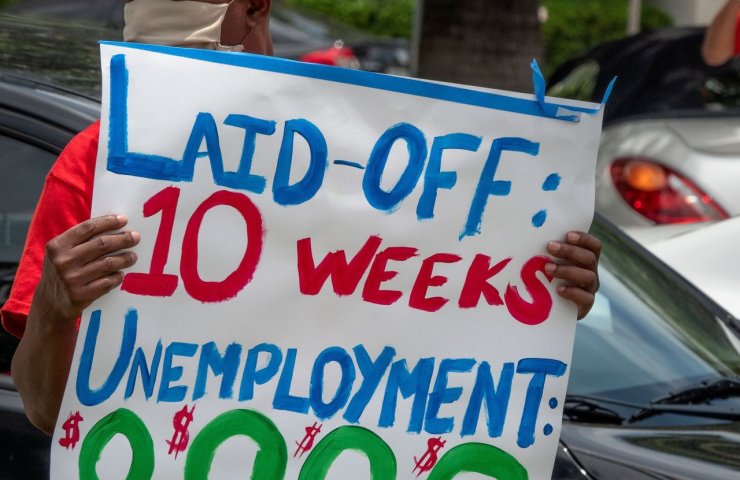 It is not yet clear who will win the election, but regardless of who becomes President of the United States, one of the biggest priorities for the next administration is indeed clear: Overcoming the crisis in America's labor market.

America's employment crisis is far from over. The economy was still losing 10.7 million jobs last month before the pandemic forced businesses to close.

On the one hand, this means that nearly half of the 22 million jobs lost in the crisis have been recovered. But the pace of improvement has slowed in recent months. The Bureau of Labor Statistics report for October, due out Friday at 8:30 am ET, is expected to show further slowdown in the labor market recovery.

According to the forecasts of economists, 600,000 jobs appeared in the US economy in October, slightly less than the 661,000 in the previous month. The unemployment rate is expected to fall to 7.7% from 7.9% in September - the highest unemployment rate in the country ever before the presidential election.

Wednesday's US employment report came in well below expectations, showing that private employers added only 365,000 jobs in October. Economists expected 650,000 people. ADP and government reports do not correlate, but experts pay attention to both to get a complete picture of the labor market.

Any improvement is good news, but the recovery is far from over and the situation does not look encouraging for the unemployed.

Regardless of who is the next president, Washington needs to act quickly to provide relief to those in need and set the country on a path to full job recovery.

Recommended:
Diplomatic squabble between Beijing and Canberra crashes coke imports into China
EU starts monitoring bioethanol to prevent spike in imports
Ukraine can completely replace gas imports and save billions of dollars on it - State Energy Efficiency
On this topic
The UK economy is shrinking at the fastest pace since the financial crisis
Washington may cancel the portion of the tariff on metals in the fight against the coronavirus
Global trade war with the filing of the trump pass on the foreign exchange market
Los Angeles Times: a Perfect storm in the American market of steel
American swing: why are US Steel shares falling?
USA: Winners and Losers in Trump's Trade War with China
Add a comment
Сomments (0)
News Analytics
US Provides $ 20 Billion in Government Support to Airlines to Pay Salaries02-12-2020, 19:25
Metinvest closes its first securitization deal02-12-2020, 19:05
Sanjiv Gupta one of these days will find out all the financial secrets of the02-12-2020, 19:18
EU asks Biden to abolish duties on steel and aluminum02-12-2020, 15:16
Mariupol plant named after Ilyich produced the first 20 thousand tons of02-12-2020, 15:54
European Union scrap collectors worried about possible export restrictions18-11-2020, 10:41
Occupational diseases of workers in the extractive industry: types and ways to16-11-2020, 17:49
Eurofer expects recovery in EU steel demand05-11-2020, 09:47
Hot rolled carbon steel demand will continue to grow by 4% pa until 203004-11-2020, 16:14
Platts Steel Trade Review: China Will Decide Asia's Fate30-10-2020, 10:04
Sign in with: