Joe Biden began his election campaign in the American steel cradle of Pittsburgh last year and defeated his rival in industrial states such as Pennsylvania, Michigan, Wisconsin and Minnesota. 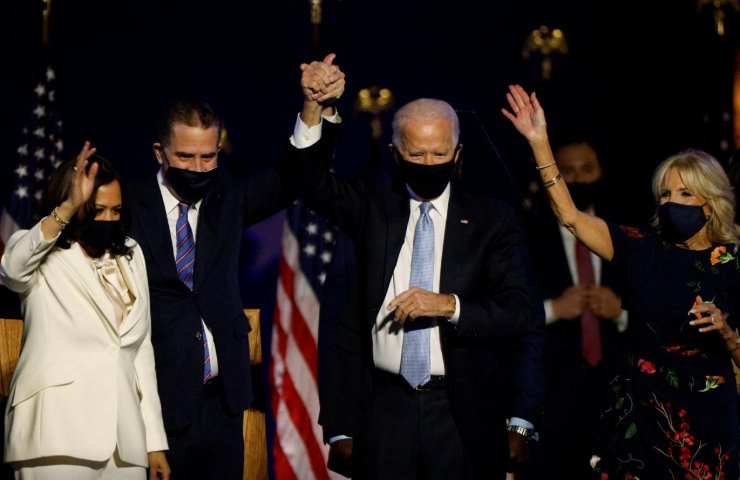 US President-elect Joe Biden has pledged to work more closely with American allies to counter China's trade, and is unlikely to end his predecessor's protectionist tariffs on imported steel, aluminum, Chinese and European goods anytime soon.

Biden, who won the presidential race on Saturday after several days of counting, was elected with strong support from unions and advocates of progress who were skeptical of free trade agreements, so he will face pressure to keep vulnerable industries such as steel industry.

His top economic priority will be to revive the economy hit by the coronavirus pandemic, so trade agreements are likely to fade into the background compared to stimulus and infrastructure development efforts.

Biden's advisers say he will seek to end "artificial trade wars" with Europe and will immediately consult with US allies before deciding on the future of US tariffs on Chinese goods, in an attempt to gain "collective leverage" on Beijing.

Former Trump and Obama administrations say Biden is likely to demand the same basic concessions from Trump as Trump to lower tariffs on Chinese goods: cutting massive subsidies to state-controlled firms, ending policies that force American companies to transfer technology to Chinese competitors and opening up their digital services markets to US tech companies (another large group of Biden donors).

“Any president will have this on the agenda, but it will be really difficult,” said Jamison Greer, who served as chief of staff at the US Trade Representative's office until April.

Biden is unlikely to attempt to revive the Trans-Pacific Partnership, the Obama administration's 12-Pacific trade deal that Trump abandoned in 2017. Instead, reforming the hard-hitting World Trade Organization with new rules prohibiting subsidies and other non-market methods is seen as a higher priority.

Recommended:
Tesla Model Y received one of the lowest ratings in the consumer rating
A sharp rise in prices for diesel fuel is expected in Ukraine - Derzhzovnishinform
Ukraine held its 13th position among 62 steel-producing countries in October
On this topic
Trump says Biden will close AK Steel if elected president
Strategy of defense in space
Washington may cancel the portion of the tariff on metals in the fight against the coronavirus
Los Angeles Times: a Perfect storm in the American market of steel
Hunter Biden told reporters about his work in Ukraine
China's economic growth slows down due to trade war with the United States
Add a comment
Сomments (0)
News Analytics
Asteroid Ryugu capsule lands successfully in Australia05-12-2020, 22:30
British space experiment will bring commercial extraction of minerals on the05-12-2020, 21:21
France to build 1 GW offshore wind farm in Normandy05-12-2020, 20:24
Akademik Chersky arrives at the Nord Stream 2 pipe-laying site05-12-2020, 12:17
18 people die after carbon monoxide leak in China coal mine05-12-2020, 11:00
European Union scrap collectors worried about possible export restrictions18-11-2020, 10:41
Occupational diseases of workers in the extractive industry: types and ways to16-11-2020, 17:49
Eurofer expects recovery in EU steel demand05-11-2020, 09:47
Hot rolled carbon steel demand will continue to grow by 4% pa until 203004-11-2020, 16:14
Platts Steel Trade Review: China Will Decide Asia's Fate30-10-2020, 10:04
Sign in with: