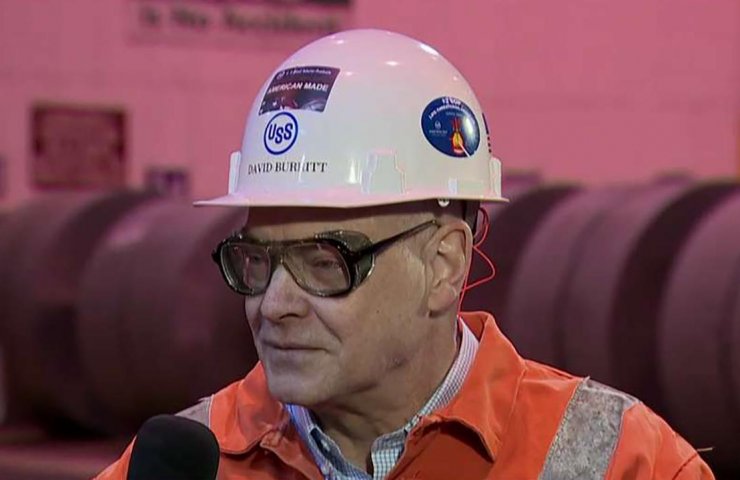 If President-elect Joe Biden takes the path of removing the 25 percent duty on steel, it will come as a complete surprise to the US steel industry, said US Steel CEO David Berritt.

“We think this country deserves a strong steel industry, so we fully expect the Section 232 duties to continue because, frankly, this is the right thing to do and we don't expect it to deviate from that ... it would be a complete surprise if he decided to go in a different direction just because it was right, ”Berritt told Argus in an interview.

He also advocated continued government incentives for basic industries and businesses in the United States.

“I believe manufacturing is vital to the United States. So often we see people wanting to outsource production to other countries, and that's dangerous, right? You just think about how important it is to be independent, and if we learned something during the pandemic, then, of course, this ... You just cannot count on other countries to produce here such simple things as masks, medicines and steel, at a lower cost, "said the head of US Steel.

As a reminder, President Donald Trump introduced 25 percent duties on steel and 10 percent on aluminum on metal products from all countries of the world with rare exceptions. The basis for this decision was section 232 of the American Trade Expansion Act, which gives the US President the right to independently establish trade restrictions and impose duties at his discretion on any product, the import of which threatens US national security.

Recommended:
Dniprovsky Metallurgical Plant stops blast furnace DP-1M for overhaul
"Ukroboronprom" announced the curtailment of the reform of the country's military-industrial complex
Pandemic forced ArcelorMittal Kryvyi Rih to reorient trade flows
On this topic
Biden's trade policy will target China: steel and aluminum tariffs remain
Trump says Biden will close AK Steel if elected president
Washington may cancel the portion of the tariff on metals in the fight against the coronavirus
Global trade war with the filing of the trump pass on the foreign exchange market
Los Angeles Times: a Perfect storm in the American market of steel
Hunter Biden told reporters about his work in Ukraine
Add a comment
Сomments (0)
News Analytics
British Steel Teesside increases headcount for the first time in many years26-11-2020, 19:44
"Bogdan Motors" started manufacturing trolleybuses for KP "Kyivpastrans"26-11-2020, 17:17
Minks infected with coronavirus found near border with Ukraine26-11-2020, 16:44
All Maserati will be electric cars in five years26-11-2020, 16:37
Secret metallurgical equipment for Azovstal arrived in Mariupol port26-11-2020, 15:55
European Union scrap collectors worried about possible export restrictions18-11-2020, 10:41
Occupational diseases of workers in the extractive industry: types and ways to16-11-2020, 17:49
Eurofer expects recovery in EU steel demand05-11-2020, 09:47
Hot rolled carbon steel demand will continue to grow by 4% pa until 203004-11-2020, 16:14
Platts Steel Trade Review: China Will Decide Asia's Fate30-10-2020, 10:04
Sign in with: