On Thursday, the US International Commercial Court upheld the legality of Section 232 of the 1962 US Trade Act in imposing tariffs on steel imports initiated by the administration of former US President Donald Trump, citing a threat to national security. 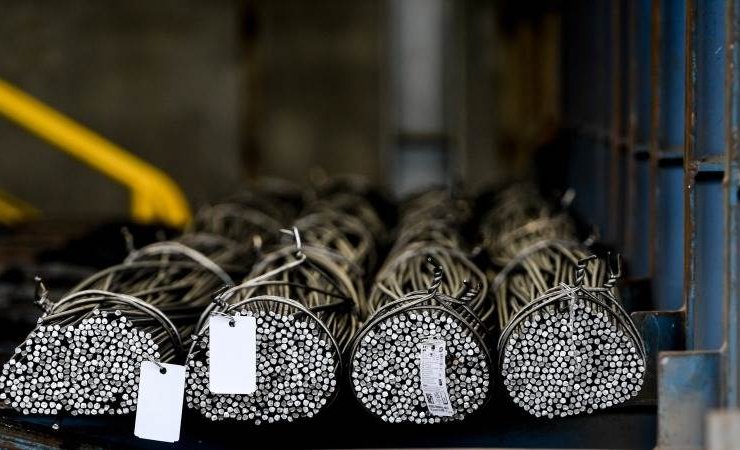 A panel of three judges in a federal court in New York that hears objections to trade action under US law found that the Commerce Department and Trump correctly applied Cold War trade law with the USSR in setting tariffs.

Trump imposed 25% tariffs on imported steel and 10% on imported aluminum from most countries in 2018, arguing that these protections are necessary to protect US national security and support domestic production.

Steel importers filed a lawsuit against Trump's decision, claiming in court that the lawsuit used to set the tariffs was "procedurally flawed" and did not specify an expiration date, there was no threat to US national security and Trump exceeded his discretionary powers. applying tariffs to steel and aluminum, which are commodity products.

The panel of judges disagreed, noting that Section 232 “gives the president freedom to assess whether imports threaten national security. The wording of the law makes it clear that the list of factors to consider when determining whether a threat exists is not exhaustive. ”

The American Iron and Steel Institute (AISI), which represents steelmakers and industry groups, welcomed the decision. He called on current US President Joe Biden to back them up to protect the industry from global surplus production, mostly concentrated in China, which has only grown since tariffs were first imposed.

President Biden has recognized the importance of tackling global overcapacity, and I think he understands that these tariffs are important to national security, ”said Kevin Dempsey, President of AISI.

Biden made it clear that he was likely to keep tariffs when he lifted the tariff exemption on aluminum imports from the United Arab Emirates granted by Trump on his last day in office.

Maintaining UAE aluminum tariffs “is necessary and appropriate in light of our national security interests,” Biden said in a statement on Monday.

Recommended:
The largest titanium deposit in Ukraine went to Dmitry Firtash
The development of the hydrogen economy is included in the National Economic Strategy of Ukraine
BELAZ-HOLDING increased product sales in the first quarter of 2021 by 45.5%
On this topic
Strategy of defense in space
Global trade war with the filing of the trump pass on the foreign exchange market
Los Angeles Times: a Perfect storm in the American market of steel
US Steel announces suspension of steel production at two US plants
Steel trade war costs US companies $ 11.5 billion a year
USA: Winners and Losers in Trump's Trade War with China
Add a comment
Сomments (0)
News Analytics
Rinat Akhmetov's engineering company Corum Group sent a delegation to India05-05-2021, 21:09
A mining and metallurgical complex will be created in the Bayan-Undur somon of05-05-2021, 19:39
In Ukraine, European requirements for the ecodesign of solid fuel boilers will05-05-2021, 15:30
April steel production of "Zaporizhstal" increased in annual comparison by05-05-2021, 15:27
Germany plans to achieve carbon neutral economy by 204505-05-2021, 12:28
The current state of the market is ideal for the sale of rolled steel - IREPAS04-05-2021, 18:41
Global hydrogen demand to grow 7-fold by 2070 - PwC21-04-2021, 12:31
World Steel Association predicts a good year for metallurgists15-04-2021, 18:19
World Steel Association defines green steel and its variations12-04-2021, 13:14
China unlikely to cut steel capacity in 2021 due to high steel prices07-04-2021, 12:11
Sign in with: