Joe Biden is keen to show that he works for the steelworkers and their unions, who gave him a pass to the White House in Washington, but he is facing tremendous pressure from the engineering business and European allies to remove the steel tariffs imposed by Trump. 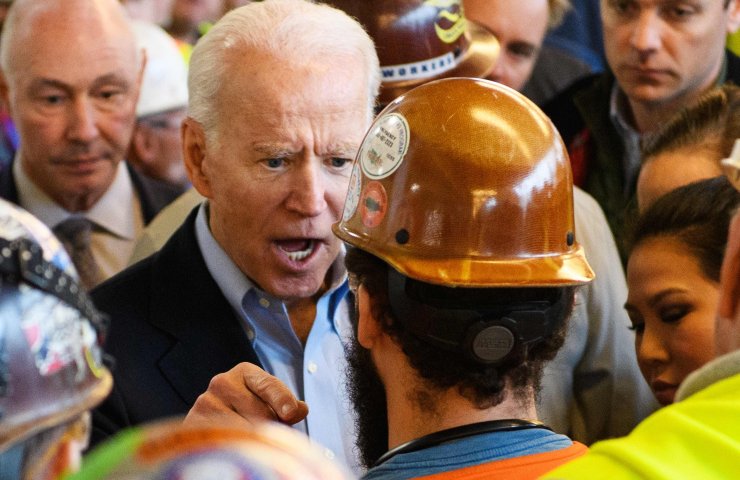 Since his early days in office, Joe Biden has sought to neutralize the decisions of his predecessor, who preferred a policy of blackmailing his allies in policies ranging from climate change to global health. One of these obstacles to normal relations between the countries of Europe and the United States, writes on Monday to Politico, there remain US national security tariffs on steel and aluminum.

It's up to Biden to decide whether the benefits for the few - the country's roughly 137,200 steelworkers last year - outweigh the benefits of the majority - 6.5 million workers who need steel or aluminum to make the goods they produce, as a number of economists warn. that metal tariffs could jeopardize more jobs than they save.

The European Union also wants the duties to be canceled, and is increasing pressure on Biden to cancel them. But eliminating tariffs entirely, even for Europe, without installing alternative remedies for US steelmakers, could anger union voters who secured Democratic support for the presidency.

Commerce Secretary Gina Raimondo and US Trade Representative Catherine Tai are trying to come up with a transatlantic plan to tackle China's perennial metallurgical overcapacity problem, which is undermining the global steel industry by pumping surplus steel to the global market at low prices. They have a voluntarily set deadline to close the deal before the end of the year.

In a letter sent to Biden on Friday, steel unions and associations and unions set out their terms for any deal the administration plans to conclude with Europe through cancellation of tariffs. The American Iron and Steel Institute, the Steel Producers Association and United Steelworkers advocate the automatic imposition of "strict effective tariffs" in the event of an influx of steel imported from Europe, a surge that will "destroy well-paid jobs, undermine our industry and increase our carbon footprint from steel consumption in the USA.

However, for the metal consumer industries, things are not so cloudless. While US steelmakers are producing high volumes, a much wider range of companies are complaining that the rebirth has come at their expense and has done more harm than good to the US economy.

Tariffs have cost consumers dearly. Economist Gary Huffbauer of the Peterson Institute for International Economics estimates 2019 Trump's steel and aluminum tariffs are costing consumers $ 900,000 per year for each job saved or created in the steel industry.

They challenged the tariffs at the World Trade Organization shortly after they were introduced, arguing that Trump's arguments that they are necessary for national security are paltry. They also imposed retaliatory tariffs on a wide range of American products, from orange juice to Harley-Davidson motorcycles, further fueling industry resistance to these tariffs.

Most recently, they made it clear to Biden that the status quo is unacceptable. In May, the US and EU agreed to find a solution that would avoid raising reciprocal tariffs and ultimately ease tariffs on both sides. Officials are aiming to close the deal by November 1 - in time for the WTO Ministerial Conference in Geneva and the G-20 Summit in Rome.

But the political reality of tariff cancellation without alternative measures seems to be understood across the Atlantic.

This means exploring alternatives to current tariffs that are still in line with WTO rules. It is possible that the US and Europe may agree on agreements similar to those reached with Canada and Mexico on the abolition of tariffs on steel and aluminum in exchange for "aggressive monitoring and a mechanism to prevent a sharp increase in imports of steel and aluminum".