In particular, the United States is expelling 10 employees of the Russian diplomatic mission in Washington 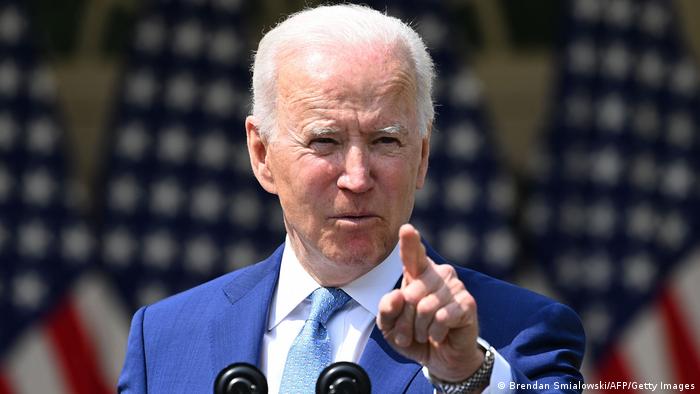 White House reported that US President Joe Biden signed a decree imposing sanctions against the Russian Federation. In particular, the United States is expelling 10 employees of the Russian diplomatic mission in Washington.

In addition, the Office of Foreign Assets Control (OFAC) of the US Treasury prohibited banks and other financial institutions of the country from purchasing on the primary market bonds denominated in rubles and other currencies issued by the Bank of Russia, the National Wealth Fund (NWF) or the Ministry of Finance of Russia after June 14, 2021, and to provide the latter with loans.

“Today, the Biden administration is taking steps to impose on Russia the costs for the actions of its government and intelligence services against the sovereignty and interests of the United States ... President Biden signed a new sanctions order, which provides for increased powers to demonstrate the administration's determination to respond to harmful external activities of Russia and contain it in full, "the White House said in a statement.

In addition, the US Treasury today imposed sanctions against 16 organizations and 16 individuals, allegedly associated with Russia's interference in the US elections, the construction of the Kerch Bridge and some news agencies.

On Tuesday, Biden and Putin had a telephone conversation, during which the idea of ​​holding a summit came to the fore. Biden suggested that Putin meet in a third country to talk, in particular, about Ukraine.

Earlier today, Russian President Putin's press secretary Dmitry Peskov noted that additional sanctions to be imposed by the United States against Russia and, in particular, its sovereign debt "will in no way contribute to such a meeting."

NATO Allies expressed their support for the United States and expressed their solidarity in connection with the announcement on April 15 of measures in response to the destabilizing activities of Russia.

“We call on Russia to immediately stop destabilizing behavior and to fulfill its international obligations in the same way as allies fulfill their obligations, including existing agreements and obligations on arms control, disarmament and non-proliferation. We also call on Russia to stop provocations and immediately reduce tensions on the Ukrainian borders and in the illegally annexed Crimea, ”reads Alliance statement .

Финансовая аналитика, прогнозы цен на сталь, железную руду, уголь и другие сырьевые товары. More news and analytics on Metallurgprom telegram channel - subscribe to get up-to-date market information and price forecasts faster than others.
Сomments
Add a comment
Сomments (0)
On this topic
Russia will reduce the share of dollars in its sovereign wealth Fund
FT: the US Treasury Deripaska is suspected of laundering money for Putin
One of the largest banks in Sweden to be fined for payments to the Crimea
US to impose sanctions against Nord Stream 2 by the end of the year
Trump's steel tariffs become Biden's political headache - Politico
Trump wants to ease environmental restrictions on the US mining industry
Recommended:
The abolition of export duty in India may reduce the price of Turkish steel
Mining enterprises of Ukraine reduced the export of iron ore by 38.9%
ArcelorMittal Kryvyi Rih suspends production due to shelling of energy infrastructure
News Analytics
Analysts predict 5% annual growth in the iron casting market through 203006-12-2022, 12:44
Oman to build a new steel plant worth $3 billion in 3 years06-12-2022, 12:14
Tesla's Shanghai gigafactory set a new record for electric vehicle shipments in05-12-2022, 15:24
Sanjeev Gupta may lose control of his steel plants in Belgium05-12-2022, 13:55
Steel demand and weather in Australia will affect coking coal prices05-12-2022, 13:16
Analysts predict 5% annual growth in the iron casting market through 203006-12-2022, 12:44
Commodity prices will fall, metals quotes will rise slightly - Focus Economics28-11-2022, 13:28
Platinum market to face shortage next year - WPIC22-11-2022, 18:25
Global steel demand falls and will fall by 2.3% in 2022: WorldSteel19-10-2022, 23:12
Iron ore prices fall to 11-month low15-10-2022, 10:36
Sign in with: