The US automaker is making various models in its lineup more affordable at a time when competitors are trying to invade the electric vehicle market. 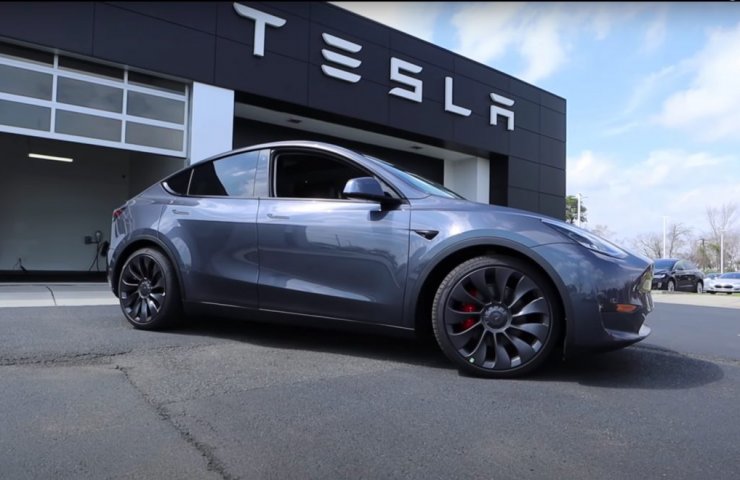 American automaker Tesla Inc has slashed prices for its base Model 3 sedan and Model Y SUV, while raising prices for its advanced modifications, according to the electric vehicle manufacturer's website.

The standard Model Y range was launched in January, bringing the SUV's price closer to that of the Model 3 sedan, the cheapest vehicle in Tesla's lineup.

The price drop comes as Tesla seeks to increase its supply. In total, the company delivered 499,550 vehicles in 2020, although its CEO Elon Musk promised at least 500,000.

Recommended:
The carbon tax on imported steel in the European Union will begin to be levied in 2023
"Zaporizhstal" reconstructed the aspiration unit for the tail parts of sinter machines
European Union will try to reset transatlantic relations - Valdis Dombrovskis
On this topic
Tesla ends year with a profit for the first time in history, but investors are disappointed
2021 will be the year of rapid development of private astronautics
Tesla lowers the price of the SUV Model Y because of the pandemic
Tesla releases "Long Range Plus" Model S with mileage without recharging 630 km
American swing: why are US Steel shares falling?
USA: Winners and Losers in Trump's Trade War with China
Add a comment
Сomments (0)
News Analytics
German metallurgists have created steel that reduces the unpleasant noise of15-06-2021, 19:05
Gas cleaning equipment of Azovstal is transferred to a dry system using15-06-2021, 18:06
EU and US agree to lift bilateral import duties on steel and aluminum15-06-2021, 12:27
Ukrzaliznytsia will buy 100 passenger cars without a tender for the15-06-2021, 12:43
The European Union issues the first patent for steelmaking using hydrogen and15-06-2021, 11:28
Vaccinations fuel demand for platinum - World Platinum Investment Council08-06-2021, 12:55
Sharp price growth continues in the rolled metal market - Ukrpromvneshexpertiza08-06-2021, 11:04
Analysts note overheating of the global scrap metal market01-06-2021, 13:28
Hydrogen-fueled steelmaking could be competitive after 2050 - McKinsey19-05-2021, 14:22
Steel raw material prices are skyrocketing across the board18-05-2021, 12:34
Sign in with: