On June 3, Tesla will start selling an electric car that can accelerate to 100 km /h in less than 2 seconds.

Incredible speed and acceleration is another way the Tesla Model S Plaid proves that you don't have to sacrifice power or speed to switch from an internal combustion engine to an electric vehicle. 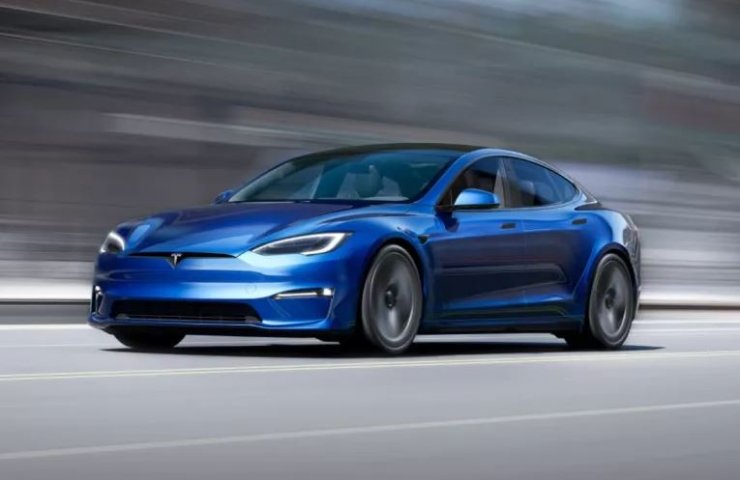 Announced last year, the Tesla Model S Plaid "mad" sedan with acceleration to 100 km /h in less than 2 seconds will go on sale on June 3. This was announced on Twitter by the CEO of the American automaker Elon Musk.

"Tesla Model S Plaid will be available for delivery on June 3rd at our California factory," Musk wrote.

The base Plaid model is expected to be able to easily reach a top speed of 322 kilometers per hour at the time of its release, and the plus version will be even faster. While previous Model S cars only had two electric motors, the Plaid and Plaid Plus have three.

The Tesla Model S Plaid reportedly has a 95 kWh battery that Tesla claims will provide a range of up to 390 miles.

Tesla promises to further improve the dynamic characteristics of its cars - for the second generation Roadster, which will be even faster than the Tesla Model S Plaid +, Elon Musk announced the use of jet nozzles, which would give the car additional acceleration using jets of compressed air, and also help would go into sharp turns.

The Model S Plaid is available for purchase now with a $ 100 non-refundable order. The Model S Plaid Plus can only be reserved right now, but you will need to pay a $ 1,000 security deposit to guarantee delivery upon assembly.

Финансовая аналитика, прогнозы цен на сталь, железную руду, уголь и другие сырьевые товары. More news and analytics on Metallurgprom telegram channel - subscribe to get up-to-date market information and price forecasts faster than others.
Сomments
Add a comment
Сomments (0)
On this topic
Elon Musk presented the fastest electric car in the world Tesla Model S Plaid (Video)
Elon Musk asks that arrested him only after the resumption of production in California
Elon Musk sells all his possessions in order to "devote himself to Mars"
Mother Elon musk helped his son to sell the Tesla in the new year's eve
Elon Musk contracted coronavirus, but doubts the reliability of the tests
Elon Musk explained the rise in prices for Tesla by the increase in costs for rolled metal and
Recommended:
Ukrzaliznytsia announced the purchase of rails in France cheaper than in Metinvest before the war
European stainless steel producers ready to raise prices
Taiwan bans stainless steel exports to Russia and Belarus
News Analytics
Eurofer expects EU steel demand to fall 4.6% in 2022 and 1.6% in 202305-02-2023, 13:31
EU Green Deal should encourage investment in mild steel projects: Eurofer02-02-2023, 16:32
Belarusian steel plant to operate at full capacity from February02-02-2023, 16:56
British Steel considers cutting up to 1,200 jobs at Scunthorpe02-02-2023, 11:50
Electric vehicles will play a key role in US aluminum production growth - Norsk01-02-2023, 12:17
European stainless steel producers ready to raise prices31-01-2023, 16:16
S&P: Russia will continue to dominate the steel export market in the Black05-01-2023, 11:22
Fitch Analysts Predict Big Drop in Global Steel Consumption This Year14-12-2022, 13:59
Analysts predict 5% annual growth in the iron casting market through 203006-12-2022, 12:44
Commodity prices will fall, metals quotes will rise slightly - Focus Economics28-11-2022, 13:28
Sign in with: