Keystone XL, the general contractor of the transcontinental oil pipeline, plans to sell all rolled metal purchased for the project, especially since steel prices in the United States have almost tripled since the middle of last year. 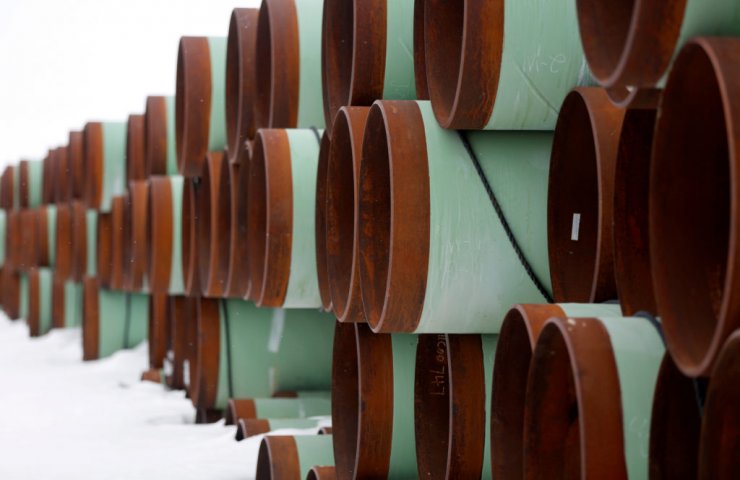 TC Energy (TransCanada Corporation) is looking for a solution to deal with US President Doge Biden's halted Keystone XL oil pipeline project, including the sale of rolled metal purchased for the project.

The company has not officially canceled Keystone XL, but has announced the suspension of the project, discussing all possible options with partners and stakeholders, including the Government of Canada, which last year invested $ 1.1 billion in the pipeline.

“The Keystone XL project team is evaluating what it can do with all of its equipment, including steel purchased for the line,” TC Energy said in a statement released today.

In 2020, the company installed about 145 km of Keystone XL pipe in Canada, but did not install any pipe in the United States, except for the 1.2-mile border crossing.

TC Energy proposed the pipeline project more than ten years ago to offer another option for transporting Western Canadian oil to the United States. The pipeline will transport oil from Hardisty, Alberta, to Steel City, Nebraska, where it will connect with other TC Energy pipelines in Cushing, Oklahoma, and the southeast coast of Texas.

The project was first proposed in 2008, but it was repeatedly postponed. Former US President Barack Obama blocked Keystone XL in 2015 after years of analysis, citing environmental concerns. The project was revived in 2017 with the permission of the administration of former President Donald Trump.

On January 21, US President Joseph Biden signed a decree to end the construction of the Keystone XL pipeline on the border with Canada. According to American experts, Biden did this as part of a plan to achieve US climate neutrality by 2050. The plan calls for drastic measures to cut carbon emissions, bringing fossil fuel consumption to near zero.

Recommended:
ThyssenKrupp refused to sell its steel mills to British Liberty Steel
The Ministry of Energy, Energoatom and Hotmine discussed the construction of mining farms at Ukrainian nuclear power plants
Ukrmetallurgprom demands to stop subsidizing passenger railways carriage of goods
On this topic
Elon Musk contracted coronavirus, but doubts the reliability of the tests
Elon Musk sells all his possessions in order to "devote himself to Mars"
United States Steel Corporation pays a symbolic dividend of 1 cent per 1 share
January 1, Chicagoans lined up many kilometers of queue for legalized marijuana
The steel industry, the United States recognized itself the most energy efficient in the world
Los Angeles Times: a Perfect storm in the American market of steel
Add a comment
Сomments (0)
News Analytics
European officials urge World Bank to stop fossil fuel investment27-02-2021, 13:00
China's machinery industry demonstrates robust growth27-02-2021, 13:15
Higher Yields on US Bond Leads to Sharp Drop in Cryptocurrency Price27-02-2021, 12:32
In war-torn Syria, robotics courses for girls open27-02-2021, 11:13
Fitch Affirms Ukraine's Rating At "B " With Stable Outlook27-02-2021, 11:10
Increase in prices is forecasted in the markets of steel raw materials -26-02-2021, 09:25
Troy ounce of gold will drop $ 500 in two years - Fitch25-02-2021, 18:29
Global iron ore production growth to outstrip cumulative production in India23-02-2021, 10:22
Fitch Ratings Warns of “Shocking Impact” on Fossil Fuel Exporters18-02-2021, 14:44
Raw material prices rise by about 10.5% in January 2021 - Deutsche Industriebank12-02-2021, 10:48
Sign in with: