Tesla founder Elon Musk said on Thursday evening that the company is going to present its own prototype of a humanoid robot by 2022. 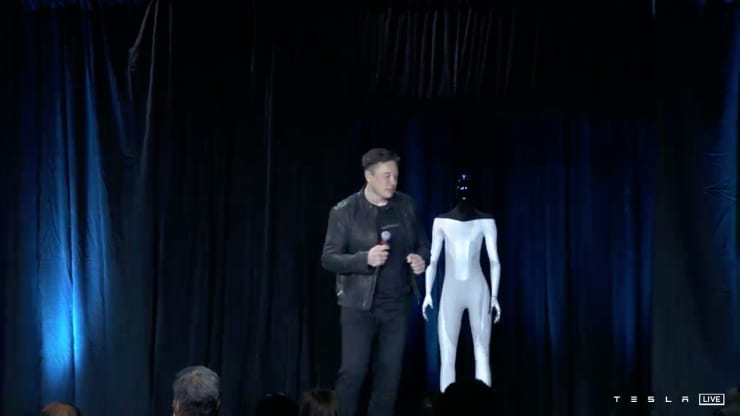 A robot called Tesla Bot will look like a human, its height will be 1.7 m, weight - about 57 kg, in place of its face it will have a screen. According to Mr. Musk, such a robot in the future will be able to perform "dangerous, repetitive and boring tasks" that now can only be performed by humans. According to him, he can run at a speed of 5 miles per hour.

Musk said the robot was not designed for Tesla's manufacturing processes. “It will provide an opportunity to go to the store instead of you and buy groceries and the like,” Musk said.

“We're good at sensors and batteries, and we'll probably have something like that next year,” Musk said as he showed viewers the Tesla Bot project.

According to Musk, if a humanoid robot works and can perform repetitive tasks that only humans can do today, it has a chance to transform the global economy by reducing labor costs.

However, Musk warned that at first the robot "probably won't work."

"Of course, it is meant to be friendly, navigate the human world, and perform dangerous, repetitive and boring tasks," Musk said.

As previously reported, at various Tesla events, Mr. Musk has repeatedly presented ambitious projects that never materialized. Such projects include the Tesla Solar Roof, which was announced in 2016 and has yet to go into mass production, or the promise to build a million self-driving taxis by 2020.