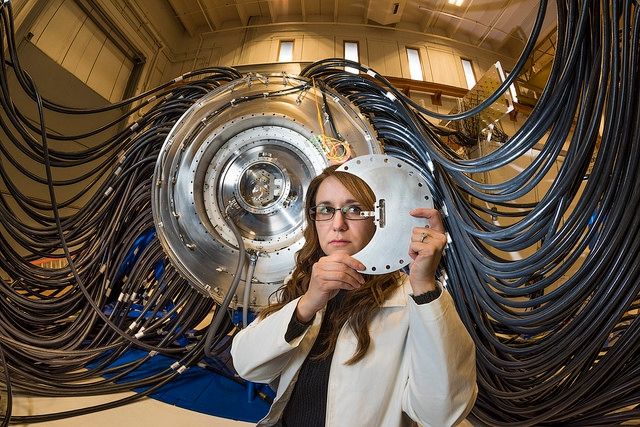 The Sandia National Laboratories team of materials scientists and computer scientists have spent over a year creating 12 new alloys and simulating hundreds of more combinations that demonstrate how machine learning can help accelerate the future of hydrogen energy by simplifying infrastructure for consumers.

"There is a rich history of hydrogen storage research and a database of thermodynamic quantities describing the interaction of hydrogen with various materials," said co-developer Matthew Whitman. “With this existing database, a suite of machine learning and other computational tools, and state of the art experimental capabilities, we have assembled an international collaboration team to join forces. We have demonstrated that machine learning methods can indeed simulate the physics and chemistry of complex phenomena that occur when hydrogen interacts with metals. ”

The ability to simulate data to predict thermodynamic properties can quickly increase research speed. In fact, once built and trained, such machine learning models run in just a few seconds and can therefore quickly test new chemical compounds: in this case, 600 materials promising for hydrogen storage and transfer.

The team also found something else in their work - results that could have dramatic implications for small-scale hydrogen production at hydrogen fuel cell filling stations.

“These high-entropy alloy hydrides can naturally cascade hydrogen as it moves through various materials,” the researchers say, recalling that hydrogen is traditionally compressed by a mechanical process.

They describe the construction of a storage tank with multiple layers of these different alloys. When hydrogen is pumped into the reservoir, the first layer compresses the gas as it passes through the material. The second layer compresses it even more and so on through all layers of different alloys, naturally making hydrogen suitable for use in engines that generate electricity.

"As hydrogen moves through these layers, it becomes more and more compressed without any mechanical effort," explained Stavila. “In theory, you could pump 1 bar of hydrogen and get 800 bar - the pressure required for hydrogen charging stations.”

Recommended:
Industrial robot production in China surged in January-August 2021
Turkey boosts chances of smelting record 40 million tonnes of steel in 2021
Nord Stream 2 certification will drag on until next spring
On this topic
European designers have learned to inflate steel structures that could be a breakthrough in
South Korea has come up with a technology that allows you to extract hydrogen from ammonia without
2021 will be the year of rapid development of private astronautics
New Russian steel for oil pipelines prevents leaks
Steel mills are getting smarter over time
US military can get 3-D printers to print steel parts
Partner news
Сomments
Add a comment
Сomments (0)
News Analytics
Metinvest to provide oxygen to hospitals in Kiev and Kharkiv region23-10-2021, 14:09
DTEK agreed to supply an additional consignment of coal from the USA23-10-2021, 13:37
Oil and gas industry in Russia requires permission to mine cryptocurrency23-10-2021, 12:32
Ukraine hit the Russian ruble23-10-2021, 12:31
Dnipro Metallurgical Plant will remove the unpleasant smell of coke-chemical22-10-2021, 12:02
Global platinum production to grow by 22% in 202120-10-2021, 16:32
In Europe, the stainless steel market unexpectedly "sank" - MEPS30-09-2021, 12:08
Oil prices to surpass $ 90 by year end due to shortages - Goldman Sachs27-09-2021, 10:58
Moody's changes its outlook for the mining and metals industry from "positive"14-09-2021, 18:39
European steel prices decline from summer highs and remain stable high04-09-2021, 10:38
Sign in with: