The Cannes Corporate Media & TV Awards since 2010 has been awarding the best corporate and documentary films, online media in one of the most important film centers - in Cannes, France. It is the leading corporate film festival in the world. 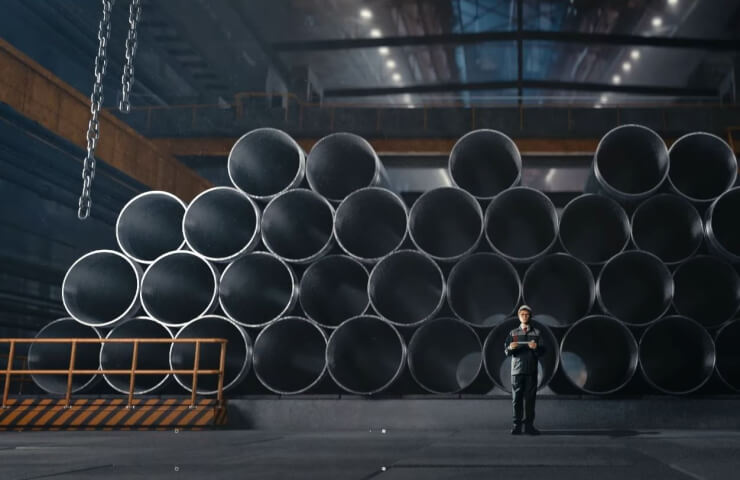 A documentary film by the United Metallurgical Company about innovations in the production of large diameter pipes for major international pipeline projects won the corporate media competition - Cannes Corporate Media & TV Awards 2021 (Cannes, France). This is the only corporate film competition held in Cannes, one of the most famous centers of the world film industry. The prize for the world's best corporate documentary and production TV and online films is awarded annually.

OMK's film won gold in the Science, Technology and Innovation category. He talks about the unique technologies for the production of large-diameter pipes at the Vyksa plant of OMK in the Nizhny Novgorod region. It was here that in 2005 OMK for the first time in Russia put into operation the production of pipes of "Russian size" - up to 1420 mm in diameter. The film reveals the secrets of creating OMK pipes for the most complex projects of our time - Nord Stream 1 and 2, Turkish Stream, OML 58 O.U.R project, Sakhalin-1 and Sakhalin-2. In this nomination, silver was awarded to a film about the design of the future in the French company Dassault Systèmes, a developer of software for 3D design, digital mock-up and product lifecycle management. Another Russian film - "What is Gazprom made of", which tells about technologies and companies that produce and deliver oil and gas to consumers, was awarded a finalist certificate.

“The OMK film is made in an experimental format. Throughout the story, the presenter uses bold moves, twists and turns, and humor. We thank the United Metallurgical Company for their trust and creative approach to the implementation of the project, ”said Dmitry Bogdanov, film director, general producer of Rivelty.Kino.

“OMK develops and introduces advanced products into production, is a constant participant and wins Russian and international industrial innovation competitions. In this work, the company combines its own scientific and technical developments, the best industry solutions and many years of experience in participating in the most complex and demanding projects. The high appraisal of the OMK film at the Cannes Corporate Media Festival is yet another confirmation that OMK applies a creative approach and modern technologies not only in creating products and developing customer services, but also in implementing creative media projects, ”said OMK Brand, Communications and CSR Director Maria Kurnosova.