Amid pressure from supply chain disrupted by COVID-19 and delays in delivery by sea, China-Europe freight trains stand out as a competitive alternative with stability in terms of punctuality and safety. 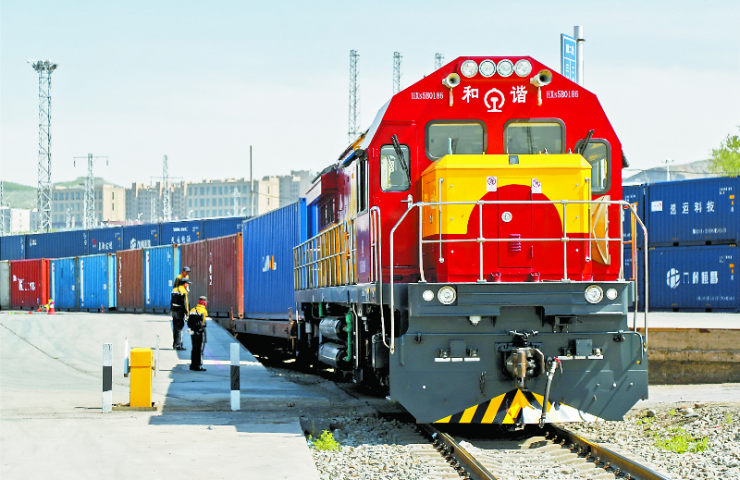 A freight train running within the framework of China-Europe international railway cargo transportation recently departed from Hanzhong, Shaanxi province in northwest China, to Russia and other European countries.

This is the first China-Europe freight train set off from the city of Hanzhong, the birthplace of the discoverer of the Great Silk Road Zhang Qian.

Zhang Qian was an imperial envoy of the Han Dynasty (202 BC - 220 AD). Around 140 BC. he made his journey west and discovered the Silk Road.

A train of 43 wagons, loaded with precision measuring instruments and consumer goods, departed from Hanzhong on March 31, destinations being Moscow and Rotterdam.

It is reported that in the future, citruses, milling cutters and other goods produced in Hanzhong will be sent to Kazakhstan and other places via freight trains plying as part of the China-Europe railway cargo transportation.

Despite the 2020 pandemic, China-Europe freight trains made more than 10,000 flights - the first time since the service was launched, according to data from China State Railway Group Co. It is important to diversify trade routes and the development of cross-border freight train services is a good example. Experts believe that in the future, Arctic shipping routes may become the shortest route that will offer more opportunities and shorten delivery times.