In terms of the level of robotization of production facilities, Russia is still lagging behind the leading countries, at the same time, the number of robots in the country in recent years has been growing at a rate higher than the world average. Most robots are used in metallurgy and metalworking. 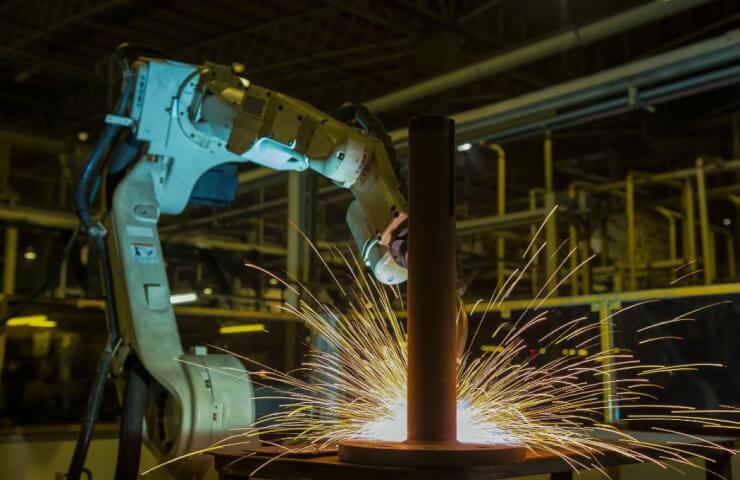 The number of industrial robots introduced at Russian enterprises is growing every year. This is facilitated by a shortage of workers and the ability to reduce the cost of production. In 2019, 1,410 industrial robots were installed in Russia - 40 percent more than in 2018. In 2020, such calculations were not carried out, but market participants are sure that the growth continues. This, in particular, is evidenced by the data of 33 largest integrator companies - the number of industrial robots installed by them last year increased by a quarter and reached 501 units, according to the analytical center TAdviser and the National Association of Robotics Market Participants (NAURR).

Russia lags behind the world leaders in the automation of production processes mainly due to the relatively cheap labor force. “Therefore, many industries do not see the need to use robotic solutions instead of manual labor,” notes Olga Mudrova, executive director of the NAURR.

It is necessary to increase the density of robotization at least to the world average, the expert said. This is necessary in order to produce competitive products, because industrial robots can reduce the price of goods produced, because they work faster and with stable quality.

There is a potential for active implementation of industrial robots. “The past few years have seen a shortage of highly qualified specialists, for example, welders, a shortage of workers for monotonous, difficult tasks, a decrease in the number of labor migrants involved in construction, and the emergence of a large number of domestic manufacturers of agricultural and construction equipment. All this leads to an increase in demand for robotization, "notes Dmitry Ipanov, CEO of VEKTOR GROUP.

Large-scale changes require large-scale actions, noted in the Robotec company. This is a joint work of the state, integrators, manufacturers of robots and industries. Incentives, subsidies, preferential tax rates for those wishing to implement robots and advertising campaigns about the benefits of robotics are also needed. And specialists who can program these robots.

The situation is already changing, demand is growing, but companies have no money, says Maxim Furman, CTO of Robotech. Therefore, in his opinion, government regulators need to subsidize purchases of robots in the amount of 20-30 percent of their cost.

Most industrial robots in Russia, according to Konstantin Vishnevsky, director of the Center for Digital Economy Research at the Higher School of Economics, are used in metallurgy and metalworking - 29 percent. Automotive and food industries account for 12 percent each, woodworking and chemical industries less than 10 percent.

“We know five of our manufacturers of varying degrees of maturity, but all of them have almost piece production. Domestic robots at the expense of a lower price reduce the payback period and make robotization more justified. Therefore, we hope for government support, for example, partial financing of customers when purchasing domestic solutions, as well as measures limiting the sale of foreign robots in the presence of similar domestic ones, ”said the head of Nevlabs.