Europe turned out to be inaccessible due to sanctions, and it is impossible to establish sales in other directions, since the Ministry of Industry and Trade has not yet issued a single export license. Domestic demand, which was lower than supply before, also fell after the almost complete shutdown of the Russian auto industry. 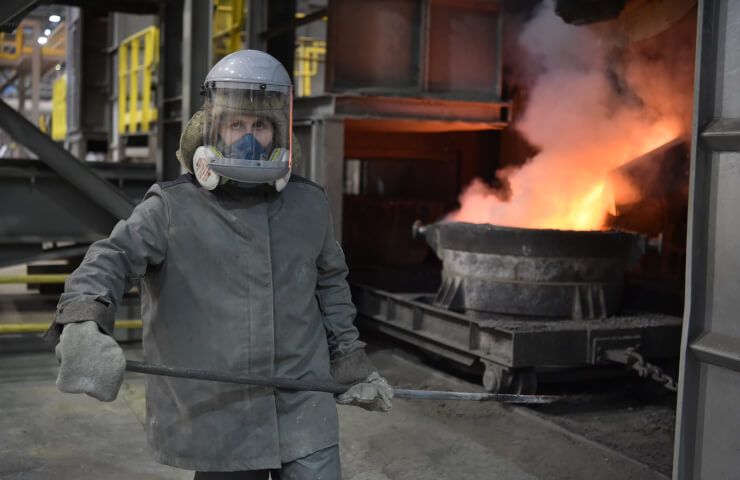 Russian enterprises completely stopped deliveries of unprocessed lead abroad after the introduction of export licensing, having not received the one-time licenses for metal export promised by the Russian government.

According to Kommersant, the Ministry of Industry and Trade has not yet issued a single license and has not explained to companies how long permits will appear.

At the same time, exports to the EU were actually stopped back in March due to problems with logistics and interbank settlements amid sanctions, and from July 10, deliveries from Russia to the EU will be prohibited, according to the fifth package of European sanctions.

Unprocessed lead in Russia is produced from lead-containing waste, in particular from old lead-acid batteries (OSKAB). To obtain a permit for the export of lead, the supplier must have a license for the collection, disposal, processing and neutralization of toxic waste of the second hazard class (OSKAB belongs to them).

Due to the halt in exports and falling domestic demand, the factories have already accumulated two-month lead stocks, and the loading of some has fallen to 30% of capacity.

Финансовая аналитика, прогнозы цен на сталь, железную руду, уголь и другие сырьевые товары. More news and analytics on Metallurgprom telegram channel - subscribe to get up-to-date market information and price forecasts faster than others.
Сomments
Add a comment
Сomments (0)
On this topic
Russian metallurgists stop production due to the strengthened ruble
UK introduces 35% duties on imports of Russian metals
The export of agricultural machinery from the Russian Federation in the first half of the year
Exports of Russian agricultural machinery increased by 2.2 times in the 1st quarter of 2021
Redirection of Russian steel exports to Asia may not happen due to logistics
Russian military exercises on border with Ukraine spark concerns over commodity prices - Platts
Recommended:
A converter was repaired at Polymetal Production without shutting down production
Japan's Nippon Steel starts buying gas at record high prices
The US market may begin a collapse in prices for thick sheet
News Analytics
China reduced steel exports in July by one million tons or 12%08-08-2022, 17:41
World steel prices have moved from a protracted fall to growth08-08-2022, 16:27
Ferrexpo's net profit in the first half of the year decreased by 88%03-08-2022, 10:20
Ukrainian gas transportation system allowed to pump biomethane03-08-2022, 10:18
The strategy for the development of Russian metallurgy will be "quickly02-08-2022, 14:02
The US market may begin a collapse in prices for thick sheet14-07-2022, 09:39
High iron ore shortage could halt metallurgy's green transition28-06-2022, 14:02
Price volatility hits global steel market27-06-2022, 19:28
Recovery in China could be key to rising global steel prices - MEPS24-06-2022, 14:00
Conflict in Ukraine spurs Europe's drive for clean energy03-06-2022, 12:14
Sign in with: