The key role for the export of Russian agricultural machinery continues to be played by high prices for grain on the world market, according to the association: this allowed the agricultural business to set aside funds for additional investments. At the same time, the rise in metal prices continues to be considered a negative factor for exports in Rosspetsmash. 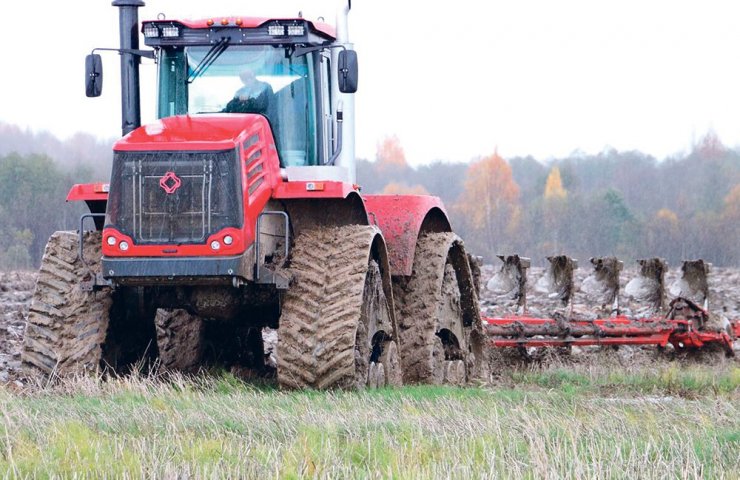 The volume of exports of products of Russian agricultural machinery factories for 6 months of 2021 increased by 35% compared to the same period last year and exceeded 10 billion rubles, the industry association Rosspetsmash reports. They recalled that in 2020, Russian manufacturers of agricultural machinery showed record indicators of foreign shipments, which amounted to 15.9 billion rubles.

In total, in January-June of this year, Russian machines were delivered to farmers from 32 countries. The main foreign markets in the first half of the year were the countries of the CIS and the European Union, and Russian manufacturers also continue to increase supplies to Mongolia, develop the markets of countries in Africa, the Middle East, and Brazil.

In quantitative terms, the largest export growth was recorded in the following main segments: shipments abroad of reapers increased by 94%, plows - by 85%, balers - by 72%, sprayers - by 71%, all-wheel drive agricultural tractors - by 48 %, harrows - by 37%.

One of the main reasons for the growth is high grain prices on the world market, which allowed the agricultural business to set aside funds for additional investments in the modernization of agricultural production.

Despite the record deliveries of domestic agricultural machinery abroad in 2020, there is still a high deferred demand for agricultural machinery in a number of countries. Due to strict restrictions due to the spread of coronavirus infection, many farms are only now returning to the issue of purchasing new equipment, which allows maintaining high rates of growth in the export of Russian cars.

In addition, Russian manufacturers do not experience such problems with the supply of components as some foreign companies. This is due to the high share of localization of products and the fact that domestic factories for the production of components did not suspend their work in 2020 and 2021.

Factories from Russia are expanding their dealer networks abroad, improving service, and more and more often holding demonstrations of their products.

The current set of state support measures aimed at stimulating production (Program 1432 and preferential leasing), subsidizing R&D, transportation, and the cost of guaranteeing buyback has a positive impact on the development of the export of Russian agricultural machinery. Thanks to this, enterprises are increasing investments in the expansion and modernization of production facilities, in the development and release of new models.

Despite the high base of 2020 (especially in the second quarter), the growth rate of export deliveries in April-June 2021 could have been higher, if not for the unprecedented rise in metal prices. A survey of manufacturers of specialized equipment showed that since July 2020, metal for them has risen in price by 56–87%, which has led to an increase in the cost of production of equipment by more than 20%.

Many farmers renew their fleet only thanks to state support mechanisms. Under the terms of these programs, factories are limited in price increases by a deflator coefficient (in 2021 it is 5%). Therefore, enterprises, having set the price for their products in December 2020, can no longer increase it, even if the metal has risen sharply and continues to rise in price.

"If the problem of rising metal prices is not resolved in a timely manner, it will be difficult for Russian manufacturers of agricultural machinery to maintain the growth rates of export supplies and production in general," Rosspetsmash stressed.

Финансовая аналитика, прогнозы цен на сталь, железную руду, уголь и другие сырьевые товары. More news and analytics on Metallurgprom telegram channel - subscribe to get up-to-date market information and price forecasts faster than others.
Сomments
Add a comment
Сomments (0)
On this topic
Mitsubishi-Hitachi Metals Machinery acquires Siemens stake in Primetals Technologies
Tesla Model Y received one of the lowest ratings in the consumer rating
US imposed export restrictions against Ukraine, Russia, Venezuela and China
Europe's aerospace industry will take years to recover from a pandemic - Fitch
Russian machine builders asked Vladimir Putin to influence metallurgists
Elon Musk explained the rise in prices for Tesla by the increase in costs for rolled metal and
Recommended:
The US will prioritize budgetary purchases of steel and metal products with a low carbon footprint
Donetsk and Torez electrotechnical plants will start producing electrical substations from Chuvash parts
Russia may increase taxation of oil, gas, coal and fertilizers
News Analytics
The production of passenger cars in Russia decreased by 2.8 times in eight29-09-2022, 11:19
Donetsk and Torez electrotechnical plants will start producing electrical29-09-2022, 11:37
Ukrainian coking plants reduced gross coke production by 55.2%29-09-2022, 11:28
China ramps up investment in transport to bolster economy29-09-2022, 11:33
The heads of mining companies named the main risks for business29-09-2022, 10:03
China production cuts in winter will give limited boost to steel markets -15-09-2022, 10:09
Steel prices may rise as manufacturers stop production11-09-2022, 14:06
IREPAS: The global long products market is in a "dramatic situation"10-09-2022, 20:49
Steel prices are unlikely to rise significantly in the near future - analysts02-09-2022, 22:58
Steel prices may move up on new data from China31-08-2022, 12:19
Sign in with: