It is proposed to add railway wheels, axles and blanks, as well as large wagon castings to the list of sanctioned goods introduced by the government of the Russian Federation in December 2018. 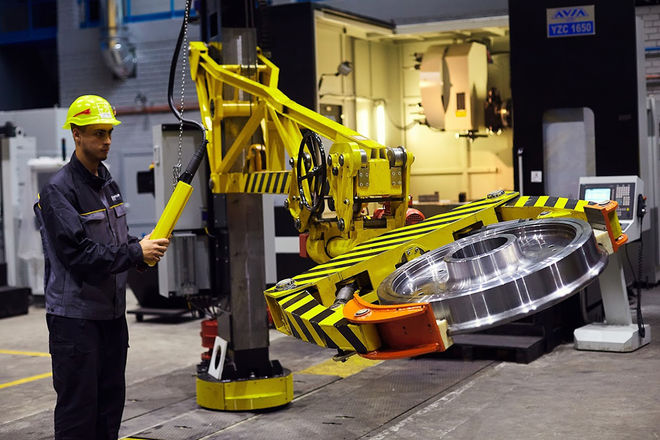 Ukrainian solid-rolled railway wheels (CCC), wheelsets, billets, axles, as well as large car castings - side frames and bolsters - may be prohibited from being imported into the Russian Federation, writes Kommersant edition.

This can be done by introducing into the government decree of December 2018, which contains a list of products prohibited for delivery from Ukraine, two corresponding commodity codes (TN VED 8607 19 100 and TN VED 8607 19 900 9). Until now, there was no railway equipment on the sanctions list. RBC wrote about Russia's intention to somehow ban the import of wheels in October.

Ukraine is the main supplier of railway wheels to the EAEU, the volume of imports in 2019 amounted to $ 270 million, in January-October 2020 - $ 150 million. Currently, there are protective duties of 34.22% against the import of wheels produced by the Ukrainian Interpipe.

The duty was suspended for almost a year, but resumed in July, while its validity period expires on January 21, 2021.

“The ban on imports of Ukrainian engineering products will lead to new price hikes for a wide and most important range of expensive parts. This effect will be amplified by the projected shortage of parts intended for a large-scale program of repairs of innovative cars in the next five years, "Kommersant writes, citing market sources in Russia.

Recommended:
Panic over a new strain of coronavirus could finally ditch the European aviation industry
A rock collapse occurred at the Pervomaiskugol mine - one worker remains under the rubble
From January 1, 98% of all Ukrainian goods will have free access to the UK market
On this topic
Russian feds spoke in support of the Ukrainian Interpipe
The Eurasian economic Commission was returned to duty on Ukrainian steel wheels
Russian Railways supported the decision to renew duties on steel from Ukraine
The Eurasian economic Commission plans to resume duties on Ukrainian well.d. wheel
Public hearings on the Ukrainian train.d. wheels in Russia will be held in private
Russia could not do without Ukrainian wheels
Add a comment
Сomments (0)
News Analytics
Interpipe Steel: green metallurgy in Ukraine turns 9 years old18-01-2021, 15:28
Ukrmetallurgprom clarifies data on iron and steel smelting in Ukraine for 202018-01-2021, 12:50
At least 12 living miners remain under the rubble of a mine blown up on January18-01-2021, 11:47
In the Republic of Tuva, a citizen of China died as a result of a collapse in a17-01-2021, 11:44
Lenovo remains the global leader in personal computer shipments in 202017-01-2021, 08:19
China will overtake the United States to become the world's largest economy in27-12-2020, 12:04
The shortage in the US steel market will last at least until the end of the25-12-2020, 11:36
Steel production in China to surpass one billion tons this year23-12-2020, 10:59
Iron ore prices hit seven-year high and continue to rise15-12-2020, 10:26
Prices for metallurgical raw materials continue to rise in regional markets10-12-2020, 11:32
Sign in with: