Russian metallurgists are critically dependent on foreign key equipment (even rolls for rolling mills) and, due to Western sanctions, will be forced to look for workarounds to purchase it or switch to lower-quality analogues. 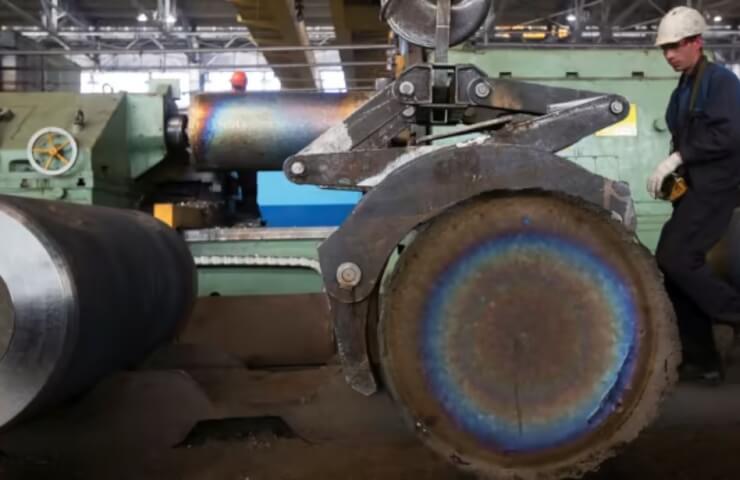 According to the project for the development of the Russian metallurgical industry until 2030, the process of import substitution of key metallurgical equipment in the Russian Federation may take at least ten years, Kommersant writes.

Russian metallurgists face serious problems due to dependence on foreign equipment, while almost all of it along the entire value chain comes from unfriendly countries, according to article.

In particular, it is pointed out that in Russia there are practically no technologies for the production of high-quality refractories for blast-furnace and steel-smelting industries. In addition, Russia lags behind the world leaders in technologies of the steel sector, equipment for the redistribution of the sintering cycle, in rolling mills, galvanizing lines, polymer coating lines, and heating furnaces are not produced. The production of rolls for rolling mills, which have been mostly imported recently, has practically been lost.

The program for the development of Russian metallurgy speaks of special types of state support and measures of general industrial support for the industry. At the same time, the development of metallurgical equipment and technologies, as well as the restoration of their production in Russia, cannot be carried out quickly, the strategy notes. In some cases, the duration of the “science-production” cycle is up to 10–12 years.

According to the expert, the situation with equipment for metallurgists is deplorable, but with some reservations. Thus, there are competitive Russian manufacturers of mining and processing equipment on the domestic market. “For example, mining excavators for open pits or load-and-dump machines for mines are produced in Russia,” says Dmitry Babansky, project manager at SBS Consulting. However, at the stages after ore beneficiation, Russian competencies in metallurgy are niche in nature, he admits.