"Power machines" after the introduction against them of US sanctions in January 2018 and consistently seek to block foreign access to the Russian market. 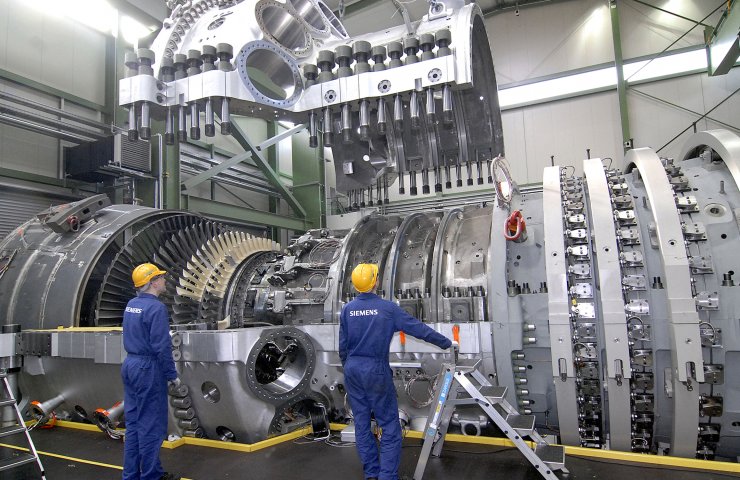 Russian and foreign engineering companies are trying to establish production in Russia GTBM, synchronizing it with the program of modernization of the old generation, which should provide sales of such machines. In conclusion, Speke's claim, in particular, the joint venture Siemens and "Power machines" — "Siemens gas turbine technology", where the German company 65%.

SPIK — agreement of the state with the investor, which he promises to invest in exchange for the immutability of the tax conditions.

Siemens July 2, applied to the Ministry, promising to invest in the localization machine SGT5-2000E approximately 1.16 billion rubles, but the Ministry rejected it.

"Power machines" I believe that in the case of an ACNP with foreign engineering effort of the company to establish in Russia domestic technology GTBM "can be reduced to zero." So, at the conclusion of SPIK allowed a three-year delay of localization. During this period, fear of the "Power machines", it is possible to supply ready turbines that do not meet the full requirements of localization, with foreign warehouses: it is about 20 gas turbines Siemens until 2023.

In this regard, the Russian company will be "a losing situation", and the real purpose SPIK to foreigners, primarily to Siemens, is "not the localization of production, and the capture of the market on the selection of projects of modernization and the destruction of the program of creation of production of the Russian gas turbines". Therefore, the requirements for localization need to save, "making it impossible to pass them through Speke", the company said Mordashov.

Recommended:
European Commission Reveals Details of CBAM's Carbon Borders Mechanism
Dmitry Firtash's businesses continue to operate normally despite sanctions - Group DF
World's first 3D-printed bridge in Amsterdam's red light district
On this topic
Volkswagen launched the production of electric vehicles costing less than 30,000 euros
Armenian NPP thanks Turboatom for modernization
Mitsubishi-Hitachi Metals Machinery acquires Siemens stake in Primetals Technologies
Russia is preparing a compensator for the reduction of duties on the import of cars
India will continue to cut taxes on electric vehicles and clean energy
Is the German auto industry preparing for a collapse?
Partner news
Сomments
Add a comment
Сomments (0)
News Analytics
Ukroboronprom confirmed the intentions of Antonov State Enterprise to start25-07-2021, 11:15
Gazprom reacted to the refusal of Naftogaz of Ukraine to buy Russian gas with25-07-2021, 11:00
Iron ore has become a strategically important raw material for defense -24-07-2021, 11:06
Vietnam overtook Ukraine in the world ranking of steel-producing states24-07-2021, 11:38
Port "Yuzhny" has set a record for the speed of loading pig iron on a ship24-07-2021, 10:10
On the regional markets of metallurgical products, prices are balancing in a22-07-2021, 16:22
Demand for armaments will ensure a stable growth of armored steel sales by 4%20-07-2021, 10:10
Protectionist Measures Support European Steel Prices Despite Summer Lull19-07-2021, 11:02
Positive price growth is observed in the markets for metallurgical products16-07-2021, 14:12
European steel market is in confusion: price growth has slowed down, but no one21-06-2021, 17:40