Two Russian citizens can be jailed in the US for 20 years for trying to buy turbine, the Vectra 40G

Employee of the Russian company KS Engineering Oleg Nikitin were arrested in the US on charges of attempting to circumvent sanctions on the supply of power equipment. 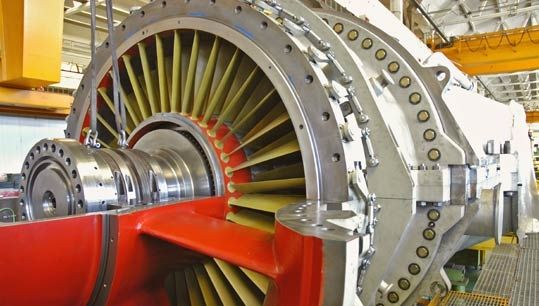 a Court in the U.S. state of Georgia arrested five people on charges of fraud and money laundering. The charges brought against two Russian citizens, two Italians and an American, reports the press service of the Ministry of justice.

As noted in the Department, they were suspected of conspiracy to circumvent international law on emergency economic powers (IEEPA) and the Law on export control reform from 2018 (ECRA).

According to the prosecution, belongs to Nikitin was in Russia the company KS Engineering, he is suspected of conspiracy to commit money laundering, financial fraud and attempting to circumvent trade restrictions.

According to the indictment, an unnamed Russian government-controlled business have contracted with Nikitin and KSE for the purchase of the power turbine, the Vectra 40G from the American manufacturer approximately 17.3 million dollars.

"This bold scheme to undermine the United States sanctions was a direct threat to national security," said Chris Hacker, Commissioner of the FBI in Atlanta.

Us investigators have established the intention of the Russian companies to use Vectra on the Russian Arctic deep-water (over 500 feet) drilling platform.

"For reasons of national security, the Department of Commerce expressly forbade any unlicensed delivery or transfer Vectra Russian company for this purpose", - is spoken in the message of the Ministry of justice.

In the indictment it is alleged that Nikitin, cheryomukhin and KSE hired Villone, Caparini and GVA to obtain the Vectra on their behalf. Then Villon, Caprine and GVA have used the services of Bagru and WMO for the purchase of Vectra from the American manufacturer and send a Vectra abroad. The parties agreed to conceal the true end-user as Vectra from the American manufacturer and the U.S. government by submitting false documentation, which stated that the Vectra will be used by the American company in Atlanta and around it.

Nikitin, cheryomukhin, the Villon and Caparini can be sentenced to deprivation of liberty for a term up to 20 years and fined 1 million dollars on charges of violating the sanctions regime and to imprisonment for a term not exceeding five years and a fine in the amount of 250 000 US dollars for conspiring to defraud the U.S. authorities.

Recommended:
Taiwanese chipmaker TSMC brings production in the United States
2000 work of Ukrainian thermal power plants out of the 50-day isolation mode
China will extend anti-dumping duties on steel pipe from the United States and the European Union
On this topic
In the list of enemies of the United States listed more than a thousand companies worldwide
The U.S. Department of Commerce extends a temporary General license Huawei
The judges from Uruguay, Chile and the Philippines rassmatrivajut the claim of the EU against the
Los Angeles Times: a Perfect storm in the American market of steel
In the United States went bankrupt the largest coal company
Министерство коммерции США обвинило Китай в транзите своей нержавейки через пять стран
Add a comment
Сomments (0)
News Analytics
USA to investigate the imports of mobile cranes, regardless of country of origin28-05-2020, 11:22
Производство и потребление металлопроката в Украине за 4 месяца 2020 г.28-05-2020, 11:37
Boeing возобновил производство 737 MAX на заводе компании в Рентоне28-05-2020, 09:27
The European Commission unveiled a plan for economic recovery after the pandemic27-05-2020, 17:45
In the first quarter, Ukraine paid for the import of vehicles by almost a27-05-2020, 13:26
American steelmakers are faced with an unexpected problem associated with the14-05-2020, 09:09
Relying on the incentives, Chinese steelmakers increase production30-04-2020, 10:20
The rapid recovery of the steel market in China leads to a drop in iron ore22-04-2020, 13:11
Platts: steel Market of China will not be able to recover until the second half20-04-2020, 12:25
Express analysis of the steel market in the new economic environment: companies06-04-2020, 12:51