Environmentalists blamed US Steel for 12,000 cases of severe air pollution in the Pittsburgh area

American environmental groups are demanding the court appoint an independent emissions monitor at US Steel and pay more than $ 100,000 in compensation. 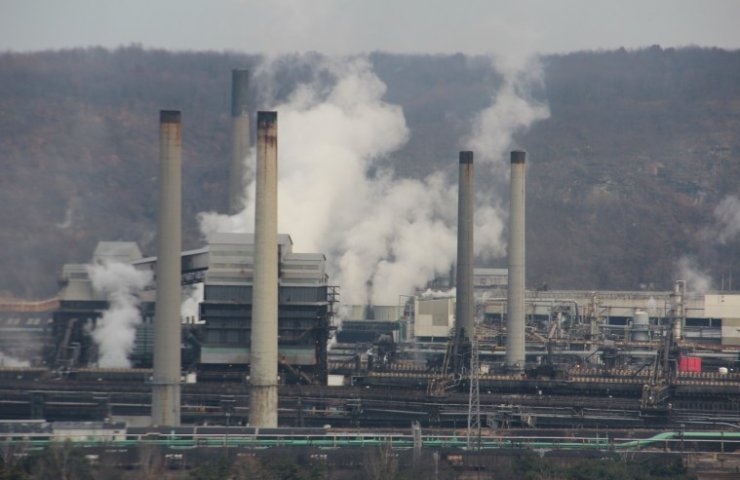 On Thursday, two environmental groups went to federal court in the United States, accusing steel company US Steel of 12,000 cases of air pollution at its Pittsburgh plants in a 2019 lawsuit against the company.

The lawsuit stemmed from a 2018 Christmas Eve fire at US Steel's Clairton plant that disrupted pollution controls. For three months after the incident, the company operated the Mont Valley plant without this equipment.

US Steel violated the Clean Air Act more than 12,000 times in 2018 and 2019, according to a lawsuit filed by PennEnvironment and the Clean Air Council in the U.S. District Court for the Western District of Pennsylvania. Now environmentalists are requesting a summary judgment to confirm this as fact in the case.

“We want the court to establish that these violations have occurred, so once we find out, we can move on and decide what we are going to do to bring US Steel to justice,” said Ashley Deamer. Deputy Director of PennEnvironment.

According to the complaint, each of the 12,000 air pollution violations carries a possible penalty of up to $ 100,000. Environmentalists are demanding the appointment of an independent observer by the court to monitor US Steel's environmental compliance.

US Steel said it could not comment on the pending lawsuit. “However, since 2018, we have spent more than $ 300 million to improve the environment in the Mon Valley, reflecting only part of our commitment to protecting the environment,” said Amanda Malkowski, a company spokeswoman.

Recommended:
Numerous violations of environmental legislation have been identified at Severny GOK of Metinvest
A pilot project for storing hydrogen in underground gas storages starts in the Luhansk region of Ukraine
Asia's largest oil and gas company Sinopec to become largest hydrogen producer
On this topic
US steel prices continue to rise due to supply shortages
Oldest US steel company resumes strategic funding
US Steel decided to "immediately dismiss" about three thousand people
Steel company US Steel was fined $ 8.5 million for air pollution
Los Angeles Times: a Perfect storm in the American market of steel
Quantum Theater staged Shakespeare's greatest tragedy "King Lear" on the ruins of an American
Partner news
Сomments
Add a comment
Сomments (0)
News Analytics
Elon Musk arranges "Giga-fest" at the Berlin Tesla Gigafactory in Grünheide19-09-2021, 21:42
Australia has hinted to France about breaking the $ 60 billion deal for the19-09-2021, 10:11
Environmentalists filed claims against Metinvest plant in Kryvyi Rih for half a18-09-2021, 13:02
Coal production in Ukraine in January-August 2021 increased by 6%18-09-2021, 11:11
Viktor Pinchuk's metallurgical company Interpipe increased steel production by18-09-2021, 11:46
Moody's changes its outlook for the mining and metals industry from "positive"14-09-2021, 18:39
European steel prices decline from summer highs and remain stable high04-09-2021, 10:38
Rise in European steel prices to dizzying levels finally fizzled out - Bloomberg27-08-2021, 13:18
Gold continues to be the most efficient portfolio asset - WGC26-08-2021, 12:38
Falling iron ore prices caught Wall Street by surprise - WSJ23-08-2021, 13:57
Sign in with: