OOO "Gazprom pererabotka Blagoveshchensk" and PJSC "Gazprom" has completed the signing of loan and security documentation as part of the deal for project funding for the construction of the Amur gas processing plant (GPP). 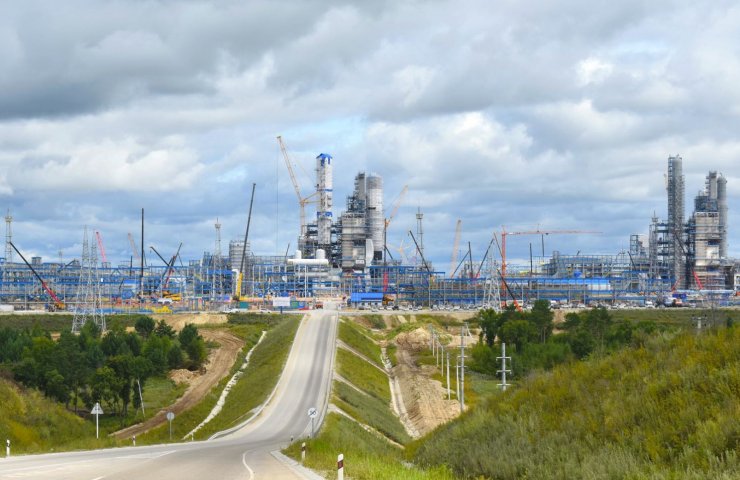 the volume of project financing, the lending transaction the construction of the Amur gas processing plant — unprecedented in the history of "Gazprom" and one of the largest borrowings in the debt market of Europe over the past few years.

"the Completion of the transaction of attraction of project financing is a significant event for the project. Now it is supported by our long-standing reliable partners from Europe, Asia and Russia. And most importantly, we for the first time in its history, has attracted project financing from Chinese banks," - said the head of Gazprom Alexey Miller.

"I'm Sure the deal will be the Foundation for the strengthening and development of mutually beneficial cooperation in key to Gazprom's financial markets in the long term", — said the Chairman of the Board of PJSC "Gazprom" Alexey Miller.

From the European and Japanese credit institutions in a transaction involving 14 banks. They allocate to 3.66 billion euros under the coverage of Western export credit agencies for a period of 17 years. "Gazprom pererabotka Blagoveshchensk" is the first Russian company, which attracts project financing under the coverage of agencies for such a long time. Another 1 billion Euro for a period of 15 years provided no cover.

a Russian organization — the Gazprombank (joint stock company), Sberbank of Russia, VTB Bank, OTKRITIE Bank and State Corporation development "the web.Of the Russian Federation" — provide multi-currency credit line in the amount of 1.08 billion euros and 170 billion rubles. About one third of the total amount under the insurance coverage of the Russian Agency for insurance of export credits and investments (EXIAR).

the Amur gas processing plant will be one of the most powerful gas-processing plants in the world. Its construction is in full swing — to date, the project is 54%.

the Design capacity of the plant will amount to 42 billion cubic meters of gas per year. The GPP will include the world's largest helium production.

the Plant will consist of six production lines. The commissioning of the first of two scheduled in 2021. Other lines will be introduced sequentially until the end of 2024. Thus, from 2025, the plant is scheduled to be at full capacity.

the commercial products of the GEA, in addition to natural gas and helium, are ethane, propane, butane, pentane-hexane fraction.

Recommended:
Metinvest achieves full self-sufficiency in coking coal
A plot with copper deposits in the Volyn region of Ukraine has risen in price at auction 483 times
German exports in 2020 show biggest decline since financial crisis
On this topic
Gazprom and Naftogaz sign agreement on gas transit for five years – all the details of the document
Failure rate: why import substitution failed to meet expectations
Germany has allocated a record amount on research and development
Is the German auto industry preparing for a collapse?
Hebei Iron and Steel will build a plant in the Russian Far East
British metallurgy will lose about 5 percent of revenues annually due to Brexit
Add a comment
Сomments (0)
News Analytics
Bosch launches automotive chip plant in Dresden08-03-2021, 13:45
Eurozone investor morale at its highest rise in 12 months08-03-2021, 12:30
Port on the coast of Pilbara in Australia stops shipments of iron ore due to08-03-2021, 11:14
Coronavirus drove Belgian skiers to the slopes of the Charleroi waste heap07-03-2021, 13:52
US Steel focuses on the production of nanosteel for high-strength alloys07-03-2021, 13:46
Spread between raw materials and high strength alloy steel in Europe increased01-03-2021, 20:21
Increase in prices is forecasted in the markets of steel raw materials -26-02-2021, 09:25
Troy ounce of gold will drop $ 500 in two years - Fitch25-02-2021, 18:29
Global iron ore production growth to outstrip cumulative production in India23-02-2021, 10:22
Fitch Ratings Warns of “Shocking Impact” on Fossil Fuel Exporters18-02-2021, 14:44
Sign in with: