A subsidiary of the Belarusian oil company BNK has temporarily suspended the export of oil products through the Lithuanian port of Klaipeda under new contracts. 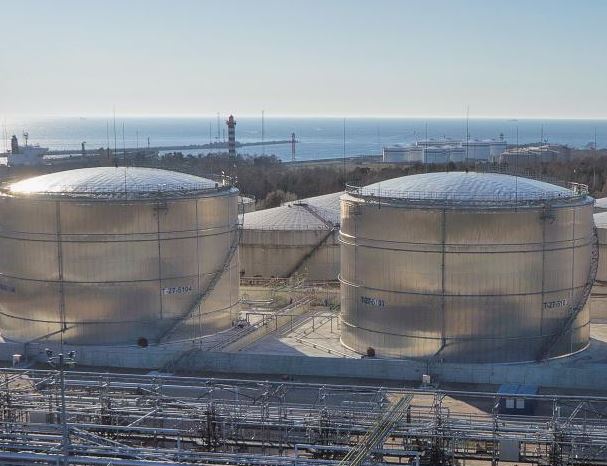 Belarus stops exporting oil products through the Lithuanian port of Klaipeda, which can be regarded as a politically motivated step.

Oil terminal operator Klaipedos Nafta (KN) informs that the Belarusian exporter of BNK products notified him earlier this week of a planned temporary suspension of export through the outlet. Belarusian oil products can be shipped through KN under the contract until the end of next year, but the latter claims that the fulfillment of contractual obligations is suspended "for an indefinite period."

KN Commercial Director Mindaugas Navikas said on December 15 that "the client's decisions can be dictated not by economic logic, but by political logic that we cannot control." According to Navikas, from an economic point of view, the terminal in Klaipeda is “the most attractive for the export of ... Belarusian oil products.”

Belarus considered the possibility of switching product supplies to Russian ports from Klaipeda due to Vilnius's support for the Belarusian opposition movement. In September, Belarus and Russia announced that they were working on the transportation of Belarusian oil products through Russian Baltic ports, but, according to market participants, this option is $ 10-15 per ton more expensive than using ports in the Baltic countries.

According to KN, some of the products are still on their way to the Lithuanian terminal from Belarus. A source in BNK said that already sold oil products will be delivered through Klaipeda, but the rest of the shipments will go through other Baltic ports.

At the end of August, President of the Republic of Belarus Alexander Lukashenko announced a possible reorientation of trade flows from the Baltic ports to others.

CJSC Belarusian Oil Company is a leading exporter of oil products from Belarus. The company's shareholders are the largest oil production and oil refining enterprises in the Republic of Belarus.

Recommended:
Ukraine in 2020 significantly increased the export of semi-finished products of steel and cast iron
Liberty Steel will submit a firm bid today for ThyssenKrupp Steel Europe
Google employees form their own union in response to layoffs and discrimination
On this topic
Belarus offers to produce BELAZ dump trucks in Russia
Belarus bought the first batch of oil in the United States
Belarus bought in Saudi Arabia for 80 thousand tons of oil
Russia failed to agree with Belarus on oil transit
Belarus stopped buying Russian oil from January 1
The deficit in Britain: the Brits are stocking up before Brexit
Add a comment
Сomments (0)
News Analytics
In 2021, Ukrzaliznytsia plans to repair more than 300 locomotives for UAH 426-01-2021, 15:30
Ukraine has enough "metals of the future" for the development of innovative26-01-2021, 14:40
High-speed railway line will connect the south of Kazakhstan and the capital of26-01-2021, 14:27
In 2021, an analogue of the US Department of Defense Research Projects Office26-01-2021, 11:24
Turkey plans to produce 100 tons of gold annually26-01-2021, 11:15
China will overtake the United States to become the world's largest economy in27-12-2020, 12:04
The shortage in the US steel market will last at least until the end of the25-12-2020, 11:36
Steel production in China to surpass one billion tons this year23-12-2020, 10:59
Iron ore prices hit seven-year high and continue to rise15-12-2020, 10:26
Prices for metallurgical raw materials continue to rise in regional markets10-12-2020, 11:32
Sign in with: