Under the terms of the agreement, Russian Helicopters will provide tests of the prototype Mi-171A3, organize the serial production and certification of helicopters. Service centers for aircraft maintenance, simulator and training centers for the training of flight technical personnel will also be created. 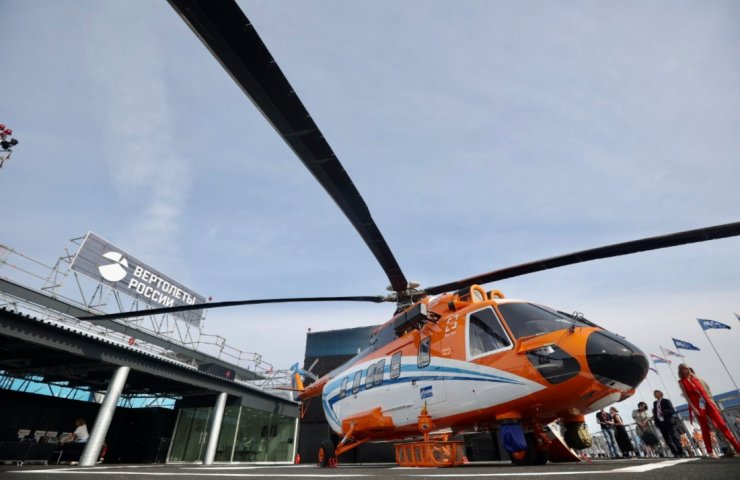 Vitaly Markelov, Deputy Chairman of the Gazprom Management Committee, and Andrey Boginsky, General Director of Russian Helicopters (part of the Rostec State Corporation), signed a Strategic Cooperation Agreement for the supply of certified domestic-made Mi-171A3 helicopters for sea use.

The Mi-171A3 is the first domestically produced helicopter designed primarily for offshore operations (transportation of passengers and cargo over the sea). It is designed in accordance with the standards of the International Association of Oil and Gas Producers (IOGP).

The maximum take-off weight of a serial aircraft is 13 tons. The Mi-171A3 meets the increased safety requirements for flights over the water surface. It will, in particular, be equipped with a crash-resistant fuel system, an automatic water landing system and outdoor liferafts. To operate the helicopter even in the most difficult weather conditions, an integrated flight and navigation complex will be installed - a "glass cockpit" with digital navigation equipment.

The helicopter will be available in two configurations. The first is for the carriage of up to 24 passengers and cargo weighing up to 5 tons. The second one - for carrying out search and rescue operations, it will be additionally equipped with specialized equipment, including medical equipment. If necessary, the operator will be able to independently convert the cargo-passenger helicopter into a search and rescue helicopter. ⠀

A prototype Mi-171A3 is presented at the International Aviation and Space Salon MAKS-2021.

Under the terms of the agreement, Russian Helicopters will provide tests of the prototype Mi-171A3, organize the serial production and certification of helicopters. Service centers for aircraft maintenance, simulator and training centers for training flight technical personnel will also be created. Gazprom intends to purchase Mi-171A3 helicopters in accordance with current needs, place orders for repair and maintenance. The company plans to use helicopters to operate in the fields of the continental shelf.

Russian Helicopters Holding is one of the world leaders in the helicopter industry, the only helicopter developer and manufacturer in Russia. The holding was founded in 2007. The head office is located in Moscow. The holding includes five helicopter plants, two design bureaus, as well as enterprises for the production and maintenance of components, aircraft repair plants and a service company that provides after-sales support in Russia and abroad. The buyers of the holding's products are the Russian Ministry of Defense, the Russian Ministry of Internal Affairs, the Russian Emergencies Ministry, other government customers, Gazprom avia and UTair airlines, large Russian and foreign companies.