Belarusian refineries announced the termination of deliveries of oil from Russia in connection with the lack of contracts. 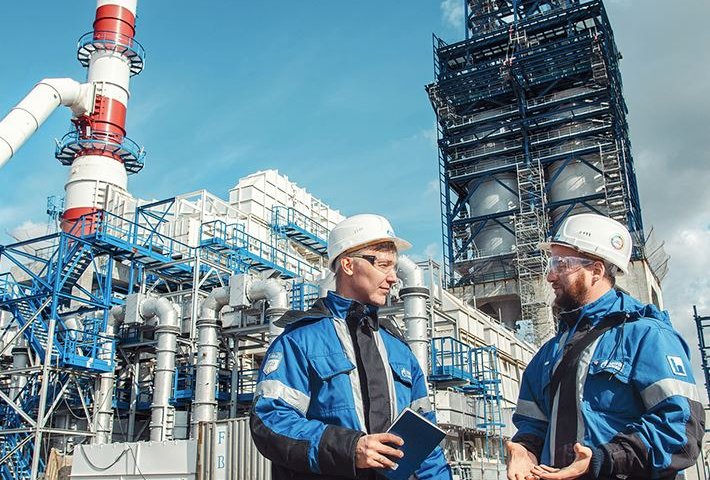 Belarusian refineries - "Naftan" (Novopolotsk, Vitebsk region) and Mozyr (Gomel oblast), announced the termination of deliveries of Russian oil from January 1 in the absence of the contract.

"We are working with reduced loading on the remains of raw materials which have been accumulated in December. Contracts for the supply of oil is still not concluded, delivery is missing on 1 January," - said "Interfax" the representative of the refinery.

a Representative of another plant also said that the situation in comparison with the situation at 31 December have not changed, contracts for the supply of oil there.

the companies say that current reserves of crude oil will allow to save the download of the refinery to a technologically acceptable level until mid-January.

As reported, Belarus on New year's eve are unable to agree with Russian oil companies about the conditions of oil supplies from January 1, 2020.

the President of Belarus Alexander Lukashenko on 31 December in the evening ordered in the next few days to find alternative sources of oil supplies to Belarus in addition to Russian.

Press Secretary of the President Dmitry Peskov before it stated that the agreements with Belarus on oil is not achieved, the dialogue will continue.

According to CDU TEK, Russian oil companies in 2019, reduced oil supplies to Belarus by 2.2% to 17.6 million tonnes.

Recommended:
Morgan Stanley: It's time to return to Russian assets
Ukroboronprom signs contract with Pakistan to repair tanks worth 85.6 million dollars
Metinvest invested UAH 2.6 billion in environmental projects of Ingulets GOK
On this topic
The President of Belarus instructed in the coming days to find an alternative to Russian oil
Who will freeze first, if Ukraine will stop the transit of Russian gas?
Ukraine is interested in import of electricity from Belarus Alexey Orzhel
World steel production in September fell by 0.3%
Heating season in Ukraine: where there can be problems with heat and why
Belarus to restore river navigation with Ukraine
Add a comment
Сomments (0)
News Analytics
Bosch launches automotive chip plant in Dresden08-03-2021, 13:45
Eurozone investor morale at its highest rise in 12 months08-03-2021, 12:30
Port on the coast of Pilbara in Australia stops shipments of iron ore due to08-03-2021, 11:14
Coronavirus drove Belgian skiers to the slopes of the Charleroi waste heap07-03-2021, 13:52
US Steel focuses on the production of nanosteel for high-strength alloys07-03-2021, 13:46
Spread between raw materials and high strength alloy steel in Europe increased01-03-2021, 20:21
Increase in prices is forecasted in the markets of steel raw materials -26-02-2021, 09:25
Troy ounce of gold will drop $ 500 in two years - Fitch25-02-2021, 18:29
Global iron ore production growth to outstrip cumulative production in India23-02-2021, 10:22
Fitch Ratings Warns of “Shocking Impact” on Fossil Fuel Exporters18-02-2021, 14:44
Sign in with: