Despite the sharp rise of prices on railway wheels in the last two years, JSC RZD and the transport Ministry to join the solution Department for internal market defence of the Eurasian economic Commission, which recommended to resume duties on the train.d. the wheels are from Ukraine. 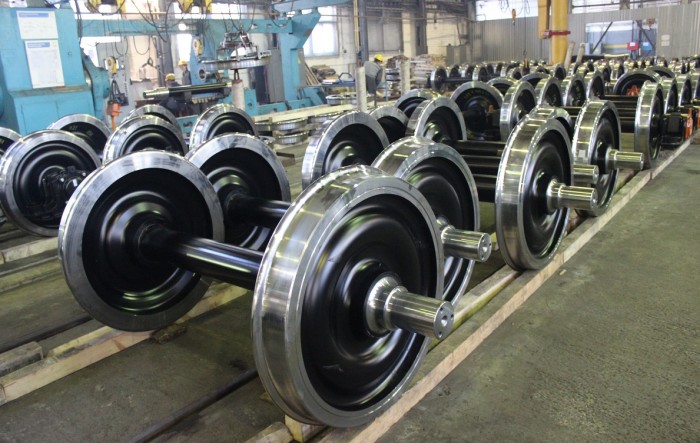 On may 22, scheduled a meeting with the Minister of trade of EEC Andrey Slepnev on the future development of the market of production and consumption of steel solid-rolled railway wheels (PCP) in 2020-2021 years. On words the newspaper Kommersant, the main issue is to resume if suspended before June 1 of the anti-dumping duty 34.22% wheel-Ukrainian Interpipe.

RZD and the transport Ministry to support anti-dumping duties on the wheels of the Ukrainian Interpipe, which can be renewed on 1 June.

Against the resumption of duties were the Union of operators of railway transport (SORT). In a letter to first Deputy Prime Minister Andrei Belousov, the head of FAS Igor Artemyev and the head of Ministry of Economics Maxim Reshetnikov dated may 20, States that in 2015 the price of the CCC has increased more than four times, reaching in 2019 90-100 thousand rubles. apiece. The situation, says SORT due to the increasing demand for CCC when there is insufficient capacity in the countries of the EAEC and the presence of two major manufacturers VMZ and "Evraz NTMK", with a market share of 56% and 28% respectively. Even now, the prices of CTC exceeds the level of 2015 is almost three times (65 thousand rubles), and the decision on resumption of duty "will only lead to the maintenance of high prices for the CCC and even further growth."

Duty against Ukrainian steel products introduced in 2016 and increased from 4.75% to 34.22% in April of 2018 for the treatment of the Russian manufacturers of wheels, the Vyksa metallurgical plant (VMZ, part of OMK Anatoly Sedykh) and Nizhny Tagil metallurgical plant (NTMK) Evraz Roman Abramovich and partners. In July 2019, on the background of acute shortage of wheels, the EEC has suspended the effect of this duty.

the Department of domestic market protection of Eurasian economic Commission in early may recommended to resume duty and predict on the basis of statistical data for January – may 2020 a further decline in demand for well.d. wheel in connection with the falling freight market and demand for new cars.

"the Provider of the goods from Ukraine has export potential, including due to the presence of free production capacities by product, and the possibility of increasing exports at the termination of anti-dumping measures. Thus, a change of circumstances that justified the non-application of measures in accordance with paragraph 272 of the Protocol are temporary and do not indicate a need to eliminate the use of antidumping measures", - concluded the Department.

Experts expect reduction of prices on a steel railway wheel, predicting that their surplus on the market this year will exceed 20%.

Recommended:
В первом квартале 2020 года консолидированная выручка Метинвеста снизилась на 11%
Rinat Akhmetov has said that it expects the Ukrainian authorities a level playing field and fair competition
Investment projects for the extraction of lithium in Ukraine may be suspended
On this topic
The Eurasian economic Commission plans to resume duties on Ukrainian well.d. wheel
Public hearings on the Ukrainian train.d. wheels in Russia will be held in private
Interpipe repaid part of the bonds in the amount of 98.5 million dollars
In Russia introduced a model of market valuation of rebar to reduce antitrust risks
Antimonopoly service of Russia proposes the mandatory sale of scrap metal through the stock exchange
Россия на смогла обойтись без украинских колес
Add a comment
Сomments (0)
News Analytics
В первом квартале 2020 года консолидированная выручка Метинвеста снизилась на29-05-2020, 16:36
«АрселорМиттал Кривой Рог» установил новую линию дробления руды29-05-2020, 15:45
Ukraine is awaiting approval of the IMF loan of 5 billion dollars 5 June29-05-2020, 12:05
AvtoKrAZ has received permission for export and import of military products29-05-2020, 11:20
Volkswagen investing 2 billion euros in a Chinese EV29-05-2020, 10:32
American steelmakers are faced with an unexpected problem associated with the14-05-2020, 09:09
Relying on the incentives, Chinese steelmakers increase production30-04-2020, 10:20
The rapid recovery of the steel market in China leads to a drop in iron ore22-04-2020, 13:11
Platts: steel Market of China will not be able to recover until the second half20-04-2020, 12:25
Express analysis of the steel market in the new economic environment: companies06-04-2020, 12:51