In the context of a sharp decline in demand in Russia for new rolling stock and falling prices for wheels, Russian manufacturers OMK and Evraz are able to fully meet the needs of the domestic market. 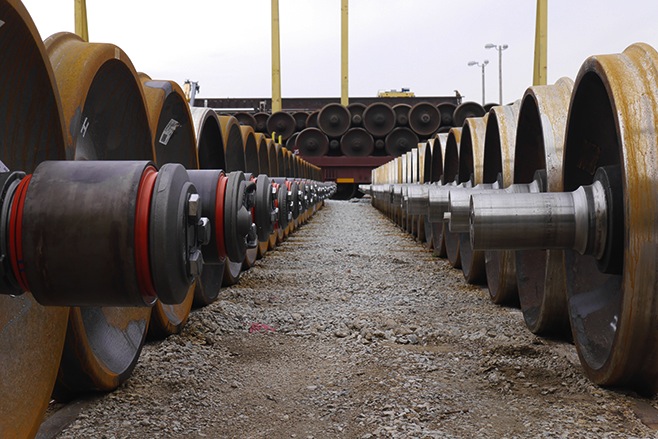 The Ministry of Transport of the Russian Federation has proposed to prohibit the import of Ukrainian railway wheels into Russia. This was reported to RBK sources in a major railway operator and an interlocutor at the Union of Railroad Transport Operators (UCLT) who attended meetings with the ministry in early September where this initiative was discussed.

The decision will be made at the government level, but it is planned to introduce a ban before the end of 2020, added the interlocutors of RBC.

In 2019, Interpipe, the largest Ukrainian manufacturer of railway wheels, delivered 223 thousand units of products to the Russian market. At the same time, from April 2018 to the end of August 2019, anti-dumping duties in the amount of 34.22% of their value imposed by the Eurasian Economic Commission (EEC) were applied to Ukrainian wheels. Due to the shortage of wheels, the EEC suspended this duty from August 25, 2019. But from June 2, 2020, the commission again introduced a duty on Interpipe products.

Recommended:
Coal prices in Europe hit a 2020 high
Belarus offers to produce BELAZ dump trucks in Russia
Interpipe denied the scandalous statements of the ex-director for economics of Ukrzalinitsa
On this topic
The price of electricity for Ukrainian metallurgists turned out to be twice as high as for French
INTERPIPE has improved its financial results for the 12 months 2019
Interpipe has begun deliveries of OCTG in Turkey
INTERPIPE in 2019. increased sales of railway wheels by 8% and reduced the implementation of pipes
In Russia introduced a model of market valuation of rebar to reduce antitrust risks
Interpipe has improved its financial results due to growth in demand for railway products
Add a comment
Сomments (0)
News Analytics
Innovative matrix headlights on the Audi E-Tron19-10-2020, 22:43
Tensions rise between China and Australia over commodity trade14-10-2020, 18:15
The European Union confirms its intention to introduce a border tax on carbon13-10-2020, 13:20
ArcelorMittal Europe to start producing green steel from 202013-10-2020, 12:44
Kremenchug refinery launched an isomerization unit13-10-2020, 12:43
Dolomite powder market to reach USD 33.44 billion by 202705-10-2020, 12:33
Iron ore prices to surpass six-year high soon16-09-2020, 10:32
World Oil Demand Peak May Be Over - BP15-09-2020, 09:05
China expands car market capacity by increasing demand for steel and metals11-09-2020, 10:56
Prices continue to rise in the long and flat steel markets08-09-2020, 14:25
Sign in with: