The billionaire advised people worried about the environment not to rush to buy electric cars, which will now have to be charged with electricity produced at coal stations. It would be more honest, according to Deripaska, to buy a bicycle or walk to a public transport stop. 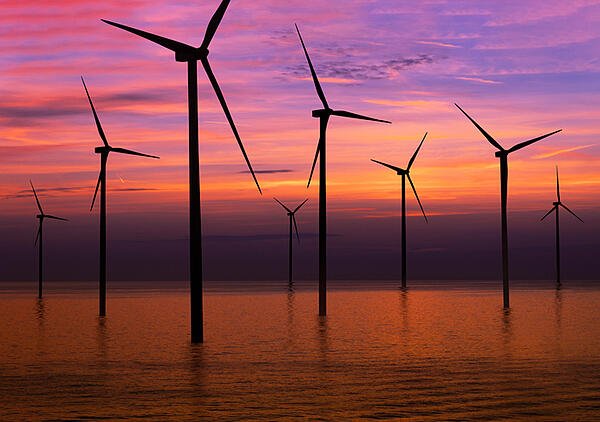 The hopes that arose after the conclusion of the Paris Agreements related to a possible radical reduction in environmental impact, reduction of emissions will remain unrealizable dreams, said Russian billionaire Oleg Deripaska.

The main problem in the fight against climate change will be the unwillingness of most states to generate enough energy from their own natural resources, says the chairman of the supervisory board and founder of Basic Element, as well as the former head of the merged company Rusal and En + Group.

“If some countries are lucky with water resources, others will have to use natural gas for some time, then most countries theoretically have an obligation to seriously reduce energy consumption (for which they are obviously not ready). But, nevertheless, without an answer to this question, all dreams will remain dreams, "Deripaska said.

The businessman is convinced that the solution could be nuclear power, the development of which is hindered by numerous environmental organizations.

“However, to try to raise the level of nuclear generation in the same Europe to the level of 50% of the French is at least 30-40 years of continuous work: the development of new technologies, the training of tens of thousands of people - future personnel working in the industry, the closure of the nuclear cycle, new materials and components, new distribution of electricity, new network solutions, high-voltage lines, direct current transmission lines, "Deripaska noted and added that a real transition to new energy and a radical reduction in emissions is possible no earlier than 2060.

Recall that the current The energy crisis erupted in Europe and Asia in early autumn, when industrial needs for energy resources, from natural gas to coal and oil, soared, causing a spike in electricity prices, and in the case of China and even massive disconnections of consumers from power grids.

In Great Britain, in particular, due to weak wind and insufficient generation of "green" energy, wave of bankruptcies in the energy market, which affected more than one and a half million consumers. Some British companies thermal power plants that were shut down earlier as part of the fight against fossil fuels.

Финансовая аналитика, прогнозы цен на сталь, железную руду, уголь и другие сырьевые товары. More news and analytics on Metallurgprom telegram channel - subscribe to get up-to-date market information and price forecasts faster than others.
Сomments
Add a comment
Сomments (0)
On this topic
Oleg Deripaska said that Russia should make, not to be ashamed in front of Ukraine
Oleg Deripaska named the reasons for the strong impact of US sanctions on the Russian economy
US intelligence accused Oleg Deripaska of lobbying Russian interests in Ukraine
FT: the US Treasury Deripaska is suspected of laundering money for Putin
Low-carbon beer: Budweiser and Rusal launch a pilot project
RUSAL begins test shipments of aluminum with the world's lowest carbon footprint
Recommended:
Ukraine delivered 86,000 tons of iron ore to Turkey in September - TUIK
The owner of the Dnipro iron and steel works commented on reports of absentee arrest in the Russian Federation
EU new car market continues to recover in double digits
News Analytics
Australia and the UK aim to catch up and overtake China in the battery metal26-11-2022, 22:37
The United States imposed a ban on the import and sale of equipment from26-11-2022, 22:31
The pipe metallurgical plant in Nikopol continued to work after a short stop26-11-2022, 22:52
The state will not support the export of metals from Russia - Ministry of25-11-2022, 13:18
ArcelorMittal Kryvyi Rih suspends production due to shelling of energy25-11-2022, 12:04
Platinum market to face shortage next year - WPIC22-11-2022, 18:25
Global steel demand falls and will fall by 2.3% in 2022: WorldSteel19-10-2022, 23:12
Iron ore prices fall to 11-month low15-10-2022, 10:36
China production cuts in winter will give limited boost to steel markets -15-09-2022, 10:09
Steel prices may rise as manufacturers stop production11-09-2022, 14:06
Sign in with: